The Marshall Islands has halted usage of the Johnson & Johnson Covid vaccine following a directive from the US Centers for Disease Control.

Just days before the US Centers for Disease Control announced a "pause" on the use of the Johnson & Johnson Covid vaccine, the Marshall Islands had already extended its aggressive vaccine program to the first remote island using the new one-shot vaccine.

On Wednesday this week, the CDC put a temporary hold on use of the Johnson & Johnson vaccine after six American women in the 18-48 age group developed blood clots among seven million people who received the Covid vaccine in the US.

The Marshall Islands, which receives Covid vaccines from the CDC, also halted use of this vaccine the same day in line with the CDC directive. 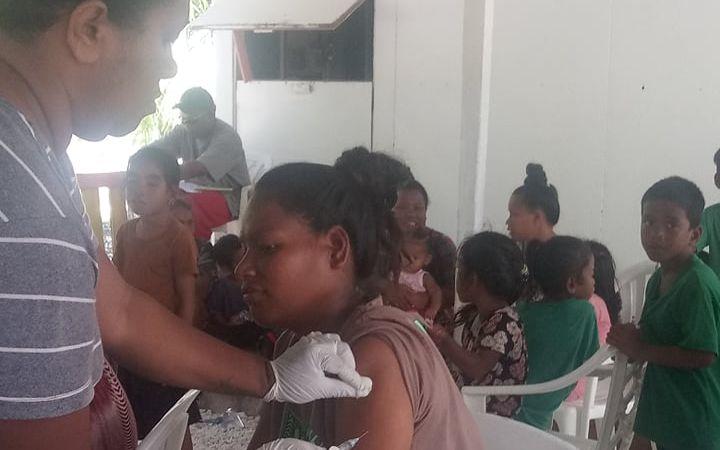 Late the week before, a Ministry of Health and Human Services had travelled by boat 56 kilometres distance from Kwajalein Atoll to isolated Lib Island.

The island has a population of about 150 people.

A total of 67 adults - virtually the entire Covid vaccine-eligible adult population on the island - lined up to get their Johnson & Johnson vaccines from a team of Ministry of Health nurses on April 8 and 9.

Then came the "pause" on use of the vaccine.

Lib Island Member of Parliament Joe Bejang said Friday that he was happy with the fast response of the Ministry of Health, which quickly dispatched a nurse practitioner from Majuro and a nurse from Ebeye, who arrived on Lib by boat early Friday morning to be on site to monitor the population for any signs of ill health.

Bejang said none of the 67 people who received the vaccine the previous week had reported any problems. 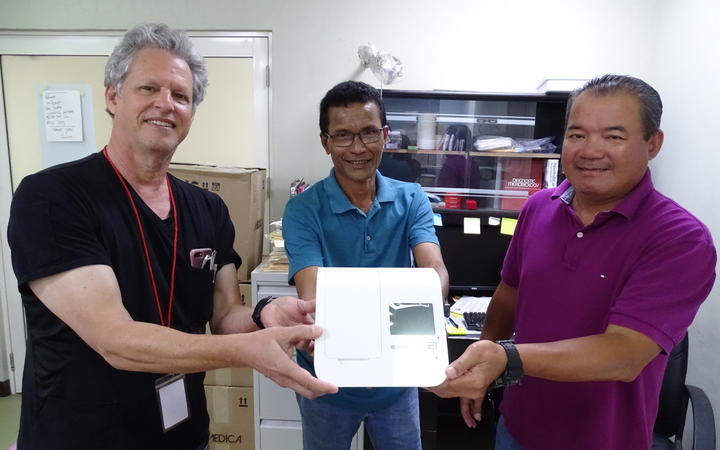 Health Secretary Jack Niedenthal said Saturday the nurses were dispatched to Lib as a cautionary procedure to monitor the population.

"This is literally a 'one in a million' situation," said Niedenthal, pointing out that over seven million Johnson & Johnson vaccines had been delivered in the US with six of those receiving vaccines developing blood clots.

"The Johnson & Johnson vaccine is perfect for us," said Niedenthal.

Because it is a one-shot vaccine, it is well-suited to the logistical challenge of getting vaccination teams to dozens of remote islands that require a combination of small planes and boats for travel.

"Here it is very complicated to do the Moderna vaccine on the outer islands because it requires two doses 28 days apart," Niedenthal said.

"No one in Micronesia has the logistics of the Marshall Islands."

This development with the Johnson & Johnson vaccine "was devastating" for the vaccine program in the Marshall Islands, he said, adding they had received 10,000 doses - enough to cover all eligible adults on the remote outer islands.

The ministry is reviewing its options and looking at the possibility of moving ahead with outer island vaccination with the Moderna vaccine.

But, Niedenthal added, he advised CDC late this past week that to switch to Moderna vaccines for the outer islands will require CDC to ship in about 20,000 more doses.

Because Moderna has only been used for the two urban centers of Majuro and Ebeye - where now over 75 percent of the adult population has received at least one of the two shots - Niedenthal said the ministry has enough on hand to complete the urban centers, but not enough to expand to the outer islands.

"We have all the Moderna we need for the urban centers," he said.

Niedenthal said he expects an updated advisory on the Johnson & Johnson vaccine from CDC within the next several weeks, "not months," he said.