The former chair of the Vanuatu Public Service, Martin Mahe is alleging conspiracy by the Prime Minister Bob Loughman over his termination.

Mr Mahe was sacked in May last year after a request to the Vanuatu president by Mr Loughman, who was the Minister in charge of the Public Service Commission.

Martin Mahe had only been in the position a month before he was sacked.

He claimed Mr Loughman didn't follow the Public Service Act which says the president can only sack the commission chair if he or she has been convicted of a criminal offence that carries a sentence of at least a year. 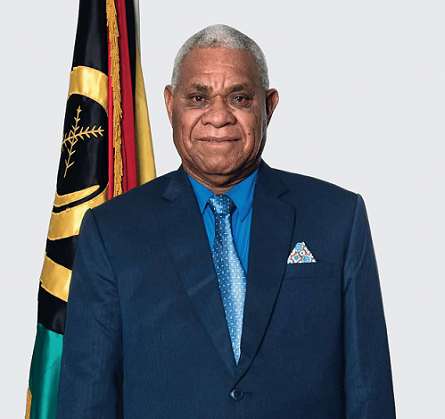 But Mr Mahe said the basis for his sacking was a complaint by assistant police commissioner, Jackson Noal.

Meanhile Mr Mahe has faced the court over a charge of assaulting the policeman, with a judgement due this week.

Mr Mahe had been appointed to his position by former prime minister Charlot Salwai who lost office during the last election and was replaced by Mr Loughman.

When Mr Mahe was removed as commissioner he was replaced by Simil Johnson, who is also from the same political party as the prime minister.

Both men are also from Tanna island.