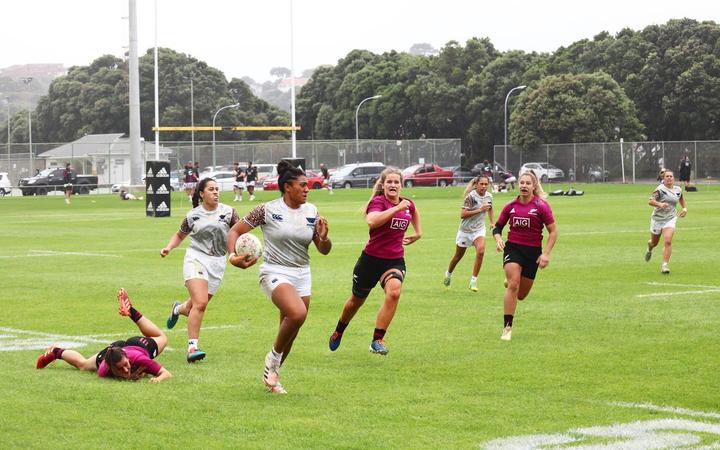 The squad, which includes players with links to Fiji, Samoa, Tonga and the Cook Islands, scored three second half tries to stun the Black Ferns Invitational side

24-19 in their debut appearance at the Takiwhitu Tūturu rugby sevens in Wellington on Friday.

Tonga rugby league international Mele Hufanga was among the try-scorers and admitted to a few nerves before kick-off.

"Especially playing against these (Black) Ferns so I think our first win today was just an amazing feeling - especially that build-up coming today," she said.

"The build-up towards this whole campaign has been amazing, the guest speakers being around the girls. It's a cool vibe and to take that W is amazing."

The Pasifika trail-blazers found things a lot tougher in their second match, going down 41-0 against Black Ferns Sevens White.

One win, one loss but spirits still high after a historic day for the first ever @MoanaPasifika women’s rugby team pic.twitter.com/UnYZC4XKiT

But co-captain Tysha Ikenasio said the end result wasn't the only measure of success.

"We learnt a lot, we had some awesome positives and we had some work-ons...we haven't been together long, we all know how to play rugby so it's just going out there and having each other's backs."

Mele Hunfanga has also spent time in the Black Ferns environment and said the bond between the Moana Pasifika players was "special".

"Especially being the first Moana Pasifika women to wear this jersey and be part of this team, that's probably why it's special." 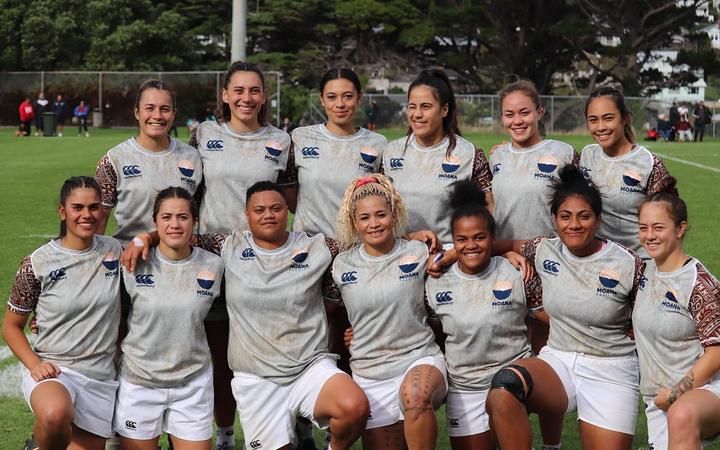 With two games under the belt, Moana Pasifika are back in action this morning against Black Ferns Sevens Black, with the playoffs to follow.

just opens our eyes to a little bit more of the game, and hopefully opens everyone's eyes to wanting to keep watching sevens so we can play some more tournaments."

In the men's competition the Tonga Invitational team pipped the Samoa Barbarians 15-14 in their opening clash.