The Samoan government has extended its Covid-19 State of Emergency Orders for another month due to the rapid spread of the new strain spreading through South Africa and the United Kingdom.

The coronavirus mutation first found in England in December, has now spread to fifty countries and territories, according to the World Health Organisation.

The South African variant is now detected in twenty.

At a press briefing at the National Emergency Operation Center, Samoa's Chairman Agafili Shem Leo confirmed Cabinet made the decision to extend the SOE at a special meeting on Tuesday. 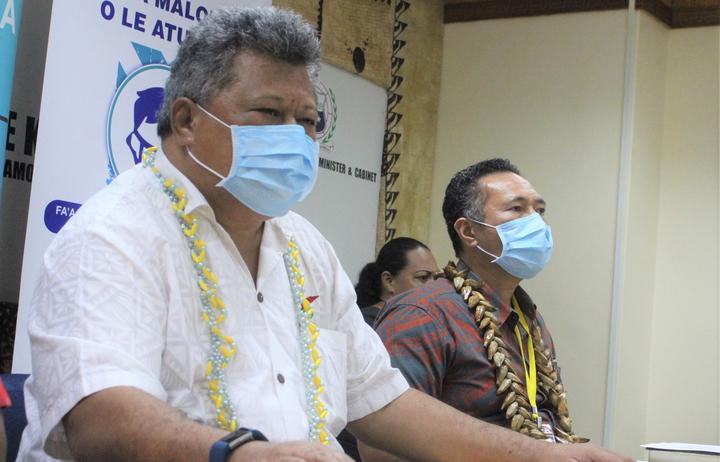 "Cabinet also took note that more Samoans will be returning home on repatriation flights approved for the first three months of the year," he said.

"Contact between crew members from incoming vessels and local support personnel from health to port authority and stevedoring minimized.

"And for every vessel authorized to dock and off-load its import cargo all the required safety procedures are enforced," he said.

The new security port measures comes after a sailor of the Coral Island vessel tested Covid-19 positive when it docked in American Samoa towards the end of last year.

Agafili raised concerns that the American Samoa health authorities did communicate with the Samoan authorities about the positive case.

Meanwhile, Leausa reiterated that the ban issued by the Ministry of Health for all visitors and citizens from the United Kingdom and South Africa including people transiting through the two countries remains in force.

Passengers should expect managed quarantine isolation to be extended to 21 days.

The same conditions apply to all cargo, tankers and fishing vessels berthing at Samoan ports and includes all new crew joining their vessels here.

All travellers, flight and sea vessel crew with a history of a positive Covid 19 (RT-PCR) test are not allowed to enter Samoa unless Six (6) months have passed from date of the first positive test result.

They must also provide genome sequencing test of the virus if available and must provide proof of three consecutive negative test results at least seven days apart after six months have passed.

Samoa is among the few countries which have remained free of Covid-19.