More than 90 teams are set to participate in the Cook Island Beach Games, a two week tournament which kicks off today on Rarotonga. 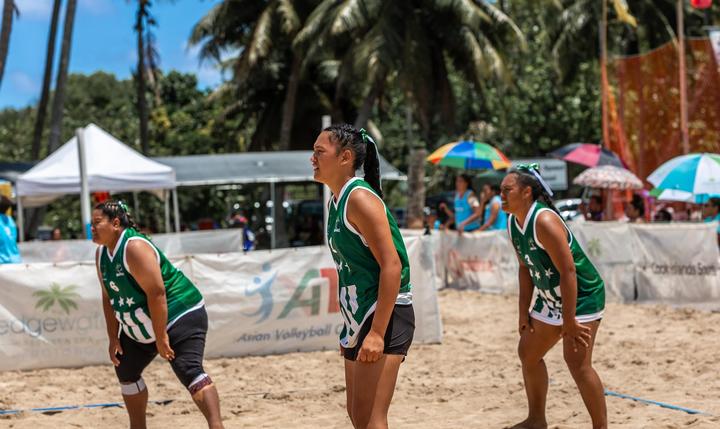 Beach volleyball is the latest of 25 games to feature at this year's Cook Island Games. Photo: Bank of the Cook Islands/ Creators Hype Digital Media Agency

It's the multisport tournament's third year, and this year it will feature beach football for the first time.

Secretary General of the Cook Island Sports and National Olympic Committee, Owen Lewis, said the beach games had capitalised from the success of last year's Cook Island Games, with record numbers signed up to participate.

"There's been a big surge in activitiy and people playing more sport since the Cook Island Games, so we're really pleased... The Cook Island Games captured the imagination of the whole country so we've got a lot more people active and they've stayed active, and that's a really positive thing for our NCD rates and health in general," he said.

"Like all beach sports, we've got DJ's and we'll get the entertainment happening on the sidelines as well, so everyone is looking forward to a good couple of weeks of fun on the beach."

An opening ceremony was held lastnight, and the tournament will get underway officially when beach touch is played this afternoon. Other sports include volleyball, 3-v-3 basketball and handball.

Lewis said while it was new to the tournament, beach football would be very popular, too. 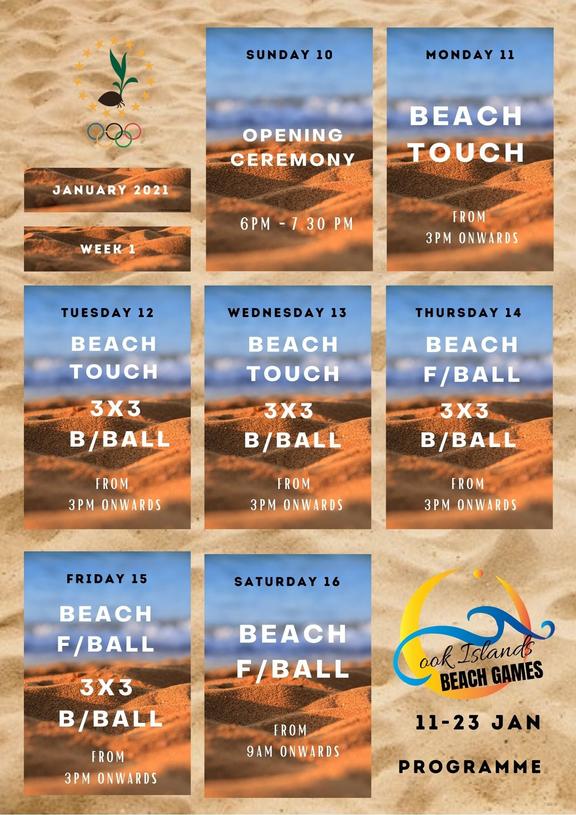 "FIFA put a lot of money into football here and as a consequence there's a lot of players and a lot of interest in the sport," he said.

"I'm not sure about the standard because no one has really played much of it so it will be a learning experience in these games, but I know the Cook Island Football Association are looking to invest quite a bit in years to come, so I think we can expect to see some improvements in the performance but it will very much be an exhibition of the sport."

"Volleyball is popular in terms of numbers but football could be considered as the main sport now because of the numbers playing on a weekly basis."

Lewis said organisers had hoped a travel bubble would see teams from New Zealand and Australia get involved, but the borders are still closed to the pandemic. Still, he said 90 teams from around the Cook Islands was a very impressive effort.

"What Covid-19 has done is it's made us look domestically, we're not looking at the international or sending international teams anywhere, we're looking at the Cook Islands itself and it's really positive. Getting this many people up, active and into sport is a real positive for everyone."