In Samoa, there's major flooding in parts of the Apia Township and landslides in other vulnerable parts of the country following extreme heavy rain. 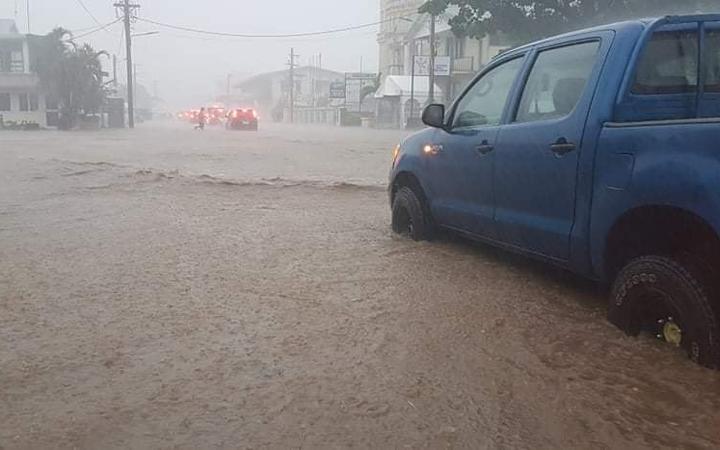 The Samoa Observer said river banks have burst and traffic has been brought to a complete stop in some places in the capital.

The Disaster Management Office has urged people all over Samoa to exercise extreme caution as heavy rain continues, and to stay home unless it's absolutely necessary to go somewhere.

Those living in low lying areas prone to flooding have also been urged to evacuate.

The bad weather is the result of "another active" convergence zone, according to the latest weather report from the Samoa Meteorology Office.

Meanwhile, two cyclones are also circulating the Pacific, Yasa, which has wreaked havoc over Fiji, and Zazu which is heading away from Tonga.

The new convergence zone near Samoa remains slow moving from the west of the island of Savai'i toward the other Samoan islands, bringing rain and gusty winds. 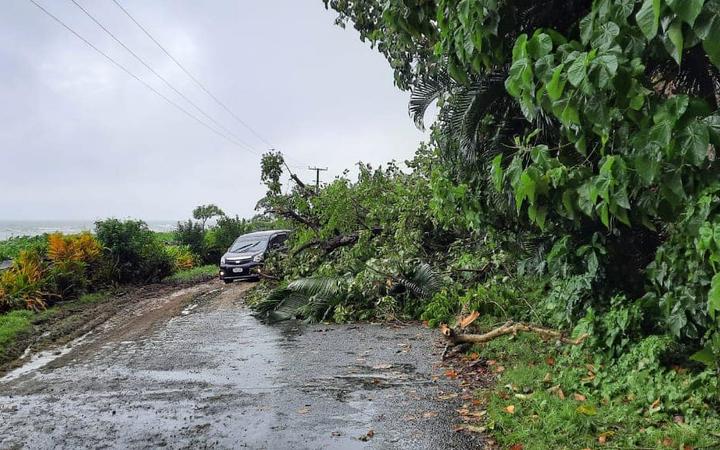 People stuck in the capital

This morning various river banks have burst in Apia, and police are now blocking people trying to enter the town, where most streets are under water.

Resident, Georgina Newton, said it's worse than the flooding experienced in Cyclone Evan eight years ago.

"People who are already in town that probably went there this morning before the flooding started will be stuck in town," she said.

"We have a store in town and it's flooding, and my mum is actually in there stuck, she can't get out. Every single store in town must be flooded by now."

Downtown Apia, Samoa top of the morning, 18Dec20. Tropical cyclones are ravaging the Pacific & the cyclone season has just started. A traumatic 2020 ending traumatically 4 so many. A safer world may not be achievable 4 all nations, certainly not 4 #SIDS, unless we change course. pic.twitter.com/JMsxwd2wiL

The government has told all public servants to stay at home, if possible, although it's clear that many had already gone into town before flooding quickly worsened.

"So a lot of people will just have to shelter in place until the tide goes out, because it was high tide at 10.15am," Newton explained.

"It's very heavy rain. So all the rivers are being backed up and all the flooding can't go out to sea. So we're in a very bad position and the flooding is extreme everywhere."

He said there was major flooding around the Apia park area, making it difficult to drive to the town.

"The Vaisigano river has burst its banks, causing major flooding to those living near the river. People were advised last night to move to higher ground"

Autagavaia said the Samoa Meteorology Office has forecast more rain in the next few days.

#climatejournalism at its finest. Rose Setefano of TV1 couldn't make it to the office due to flooding so using a phone decided to do her ptc live from the flooded streets of Apia.
This is the reality of reporting the #ClimateCrisis in the Pacific Islands.