Children are being irreversibly damaged by malnutrition in the Pacific. 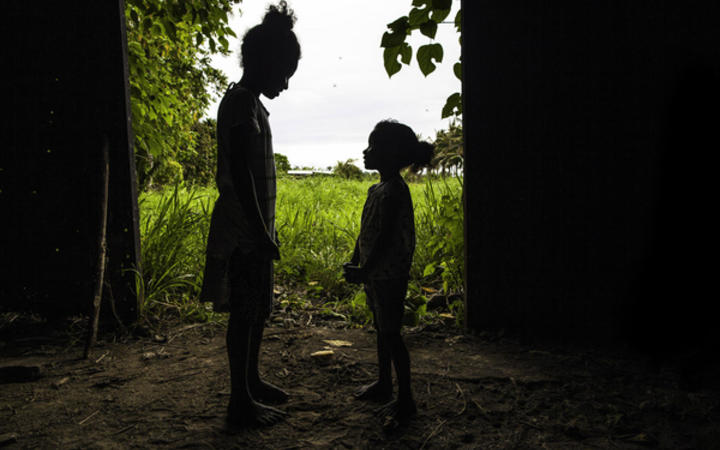 Today, poor diets are the top risk factor in the global burden of disease, killing millions of children and weakening the physical and mental development of hundreds of million more, undermining lifetime prospects and national development. Photo: UNICEF/Naftalin

It's not something you will read about in any travel brochure or see splashed across the colourful billboards marketing getaways to an idyllic island paradise.

But according to the UN Children's Fund, Pacific countries have alarmingly high levels of child malnutrition.

Most of the Pacific Island Countries have high numbers of overweight and obese children over five years of age.

There are also high rates of anaemia, a reduction in red blood cells often caused by iron deficiency, among children younger than five-years-old in every country in the Pacific.

And several Pacific Island Countries have a high prevalence of stunting in children under-five-years, including Nauru, the Republic of the Marshall Islands, Solomon Islands, Tuvalu and Vanuatu.

Dr Dadari leads UNICEF's health and nutrition team in Solomon Islands where one out of every three children suffers from stunting.

He said the nation's level of malnutrition is on a par with some countries in Sub-Saharan Africa.

Dr Dadari explained that stunting not only slows a child's growth it affects their mental processes, which in turn affects their ability to learn and also leaves children more susceptible to illnesses, increasing the likelihood of them developing chronic health problems later in life. 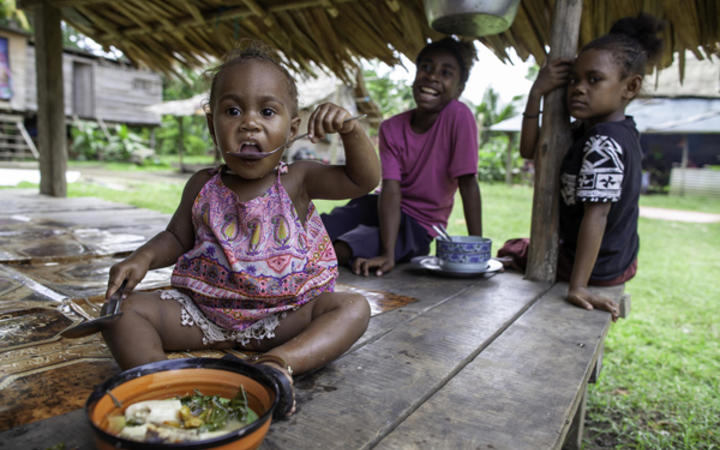 The major problem with stunting is if there is no intervention, with good nutrition, in the first 1000 days of a child's life, the negative impacts of the condition are irreversible.

Ibrahim Dadari said for a country like Solomon Islands, there are serious economic consequences, let alone humanitarian ones, when a third of children have reduced learning capacity and are more susceptible to diseases.

"So when you have a bunch of stunted children that grow to become adults the economic value that you get is significantly less than when you have children who are well nourished [and whose] organs are fully developed."

According to UNICEF six out of the 10 Pacific countries that keep data on stunting recorded higher than average numbers.

Ibrahim Dadari said his peers and colleagues in other parts of the world find it incredulous that a region with such an abundance of fresh produce and seafood has such high levels of malnutrition.

"We keep raising these issues…to make sure the attention is also focussed on the Pacific as much as it is focussed on some parts of Sub-Saharan Africa."

As well as stunting - micronutrient deficiency and obesity are also major concerns for children in the region.

Childhood obesity is particularly high in Polynesia, but that doesn't mean children aren't also suffering from malnutrition at the same time.

"So, you end up with children who are overweight and obese, but they lack essential nutrients," said Tukuitonga, who is the former head of the Pacific Community, the region's principal scientific organisation. 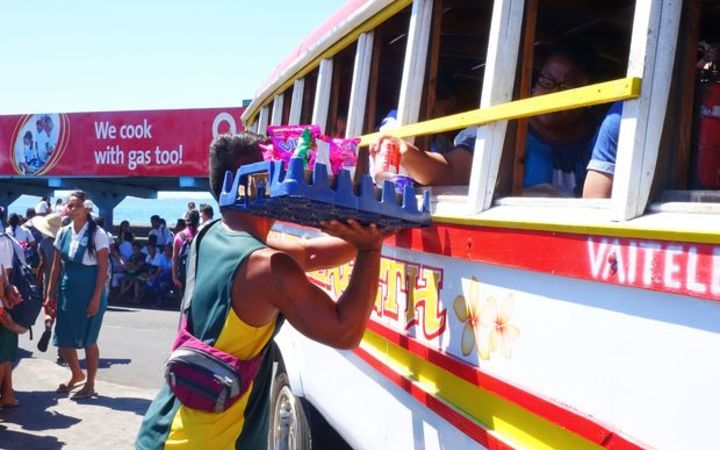 Street vendors at the Apia bus station can be seen winding in and out amongst the colorful Samoan buses selling food and drinks to passengers. Photo: RNZI/Koroi Hawkins

And it is not just children who are malnourished, mothers are too.

Micronutrient deficiency in young mother's is prevalent in the Pacific, particularly iron deficiency, and it is a major contributing factor to stunting in their children.

So what is the cause?

The short answer is a poor diet.

In Solomon Islands more than half of young mothers are deficient in micro-nutrients which in impacts their children's well-being. 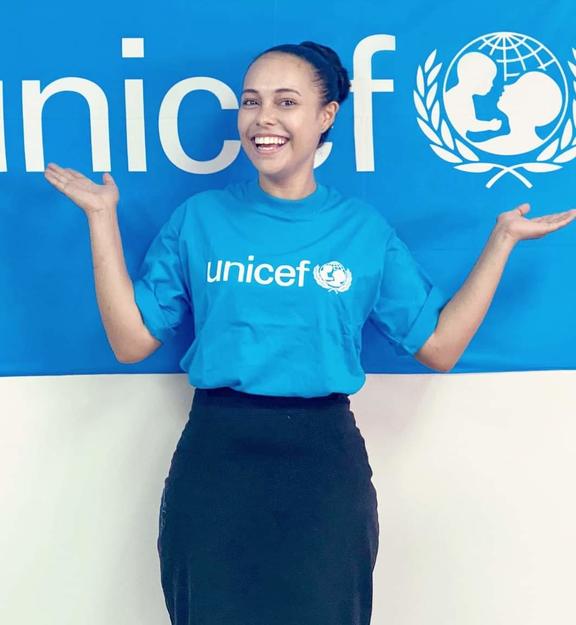 Gladys Habu is a pharmacist working with the ministry of health, who is well known as she holds the title "Miss Solomon Islands."

Habu is passionate about child and maternal health issues and is working with UNICEF to help educate communities about stunting and the importance of good nutrition for children to be healthy.

"I use my platform to speak out about issues surrounding stunting and making sure that people are aware of how huge of an impact this is for our country," Habu said.

As well as reaching out to grassroots communities Habu and her team are also working on educating people in power.

"So, we are doing as much as possible to lobby for increasing funding towards nutrition programs and we want to influence legislators for amendments to the Pure Food Act."

But there are gaps in some of the policy regulations and guidelines around things like the kind of advertising that is allowed to promote unhealthy foods and things like breast milk substitutes.

On a regional level, Collin Tukuitonga said there was a consensus among Forum island countries that legislating for change was a positive strategy for improving nutrition in the Pacific.

He said tackling childhood malnutrition was an important first step towards reigning in the epidemic of non-communicable disease gripping the region. The region has been trying to tackle the issues for many years and Tukuitonga points to a regional NCD roadmap endorsed by Pacific nations in 2014 that outlines collective actions.

"Twelve of the 15 island nations have lifted [raised] taxes on soft-drinks, effectively means it costs more and we know when these items cost more the consumption goes down," he said. 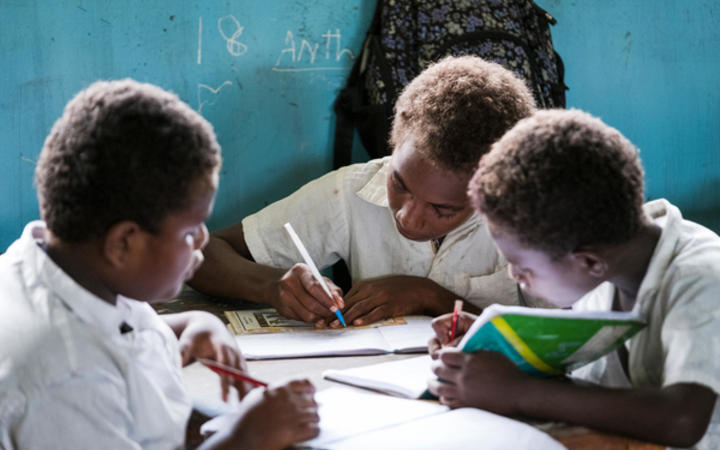 But there are a multitude of factors affecting why people eat what they eat, and it is not always a matter of choice.

With high living costs and large often low-income households, the struggle for most Pacific families is more likely to be how to put enough food on the table and not so much what a conversation over what kind of food to serve.

The food that ticks the box is usually cheap, highly processed, imported food like rice, noodles and tinned meats which have the bonus of a long shelf life, reducing the risk that anything would be wasted.

But there is also are also cultural problems, with some deep colonial roots.

Generations of Pacific Islanders have been taught to aspire to western, capitalist values and there is a status element to being able to provide store bought goods for dinner or at community and church events.

Ibrahim Dadari says subsistence farmers in the Pacific even take their nutritious organic produce to the market, sell it, then go and buy cheap processed foods from the shops to take home for their families.

"That is what we are trying to highlight for people to understand…that look, those local foods, local kai kai that you see, they are very nutritious.

"That status symbol it is not real, it is not beneficial. You can be of high status and eat your local food and be healthy," Ibrahim Dadari said.

But Collin Tukuitonga said the work and messaging around healthy nutrition has been going on in the Pacific for as long as he can remember.

"So, there is no shortage of legislation and policy, education and campaigns.

Gladys Habu and her team are very aware of these challenges as they carry out their education and advocacy work in local communities.

Ms Habu says they are being realistic about what they think they can achieve.

"Our goal is to as much as possible try to reduce stunting in Solomon Islands from 32 percent to around 27 percent by 2023," Gladys Habu said.

"We would like to increase financial support as well as resources for nutrition across all sectors and we also want to influence legislation around improving nutrition." 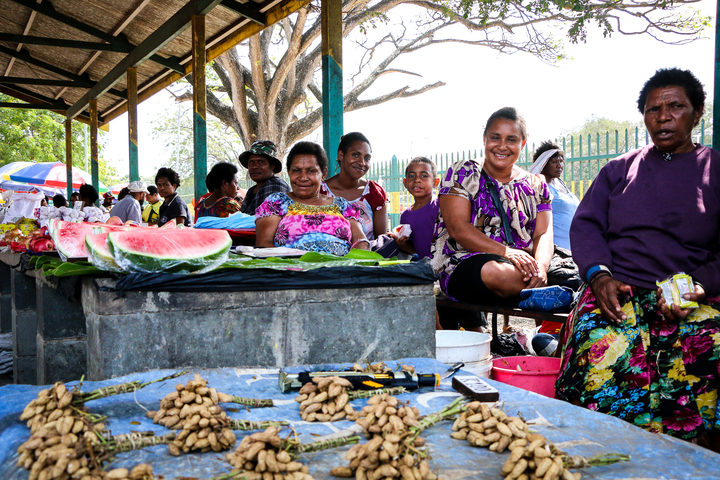 UNICEF's State Of The World's Children report says parents must be placed at the centre of any initiative hoping to have an impact on malnutrition.

It recommends helping them make their homes a thriving, healthy environment where breastfeeding is supported and encouraged, the food on offer is diverse and people eat neither too much or too little.

Ibrahim Dadari said a lot of attention and resources in the Pacific health sector are geared towards managing the Non-Communicable Disease Epidemic, but he believes the effort should start with improving child nutrition.

"The stunting and other issues that affect children and women actually contribute to the overweight issues we are seeing in the Pacific."

UNICEF's Pacific representative, Sheldon Yett, says being concious of malnutrition in children is is even more important amid the covid-19 pandemic with more and more resources being diverted to managing national responses to the coronavirus.

"We are seeing a steep decline in household incomes which affects abilities of households to buy the right kinds of food," Sheldon Yett said.

"We need to continue to ensure that supplies are on the ground, that health staff are well trained...and that protective services at the community level continue," he said.

"It is really, really essential to keep communities safe."