Samoa and Tonga want to build further momentum after impressing in the Clash of the Pacific" international women's rugby league double header in Auckland.

Fetū Samoa defended strongly in a credible 28-8 defeat by New Zealand but the agility and foot work of the Kiwi Ferns ultimately proved too strong at Mount Smart Stadium on Saturday afternoon. 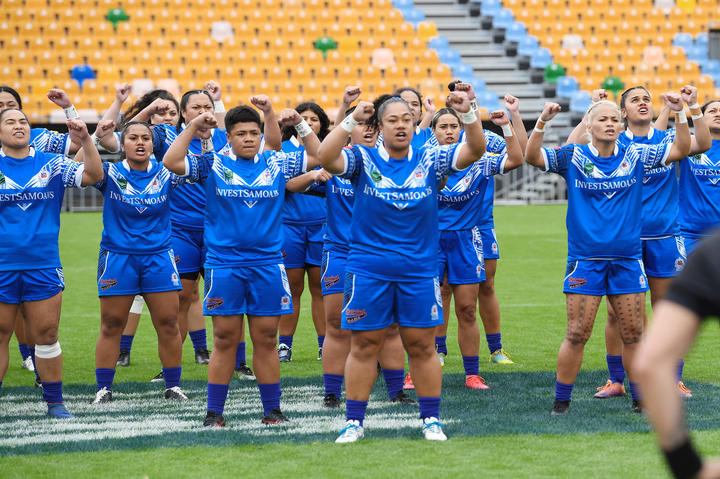 Coach Ross Uele believed the team would only get better with more time together.

"If we had another week under our belt it could have been a different story, but full credit to the Kiwis," he said.

"They're the benchmark and I'm really happy with the girls and what they did today." 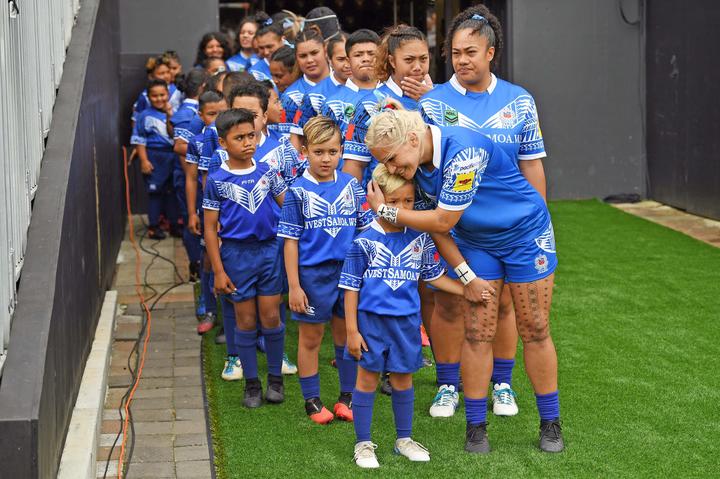 The result was a clear improvement on a 46-8 defeat in the same fixture last year and Fetū Samoa skipper, Masuisui Pauaraisa, was encouraged by their performance.

"If we look at last year and how we came back after 10 years, there was no Fetu Samoa there. Last year we got smashed by the Kiwi Ferns but this year, today's game, it was a massive improvement," she said.

"...knowing that we only had two training [sessions] together and the girls played their hearts out there today so I'm so proud of them and everyone should be so proud of all the girls."

A former Kiwi Ferns international herself, Pauaraisa said the next step for Samoa is to work towards a spot in the 2025 Women's Rugby League World Cup.

"There's a lot of Samoan girls playing for other countries because there's no pathway in league for our Samoan and our Pacific Island women's league team so we need to be there and it all comes down to prep and the work behind the scenes as well."

With his dad in the coaching box, Cronulla Sharks and Kiwis prop Braden Hamlin-Uele was doing his bit running water on the sideline, and backed Fetū Samoa's push for higher honours.

The Tonga women's team believe they can reach the same heights as the men's national team who reached the 2017 World Cup semi finals and stunned Great Britain and Australia last year.

The kingdom overpowered the Niue women's side 66-8 in Saturday's curtain-raiser clash, with centre Mele Hufunga bagging a hat-trick in the dominant win. 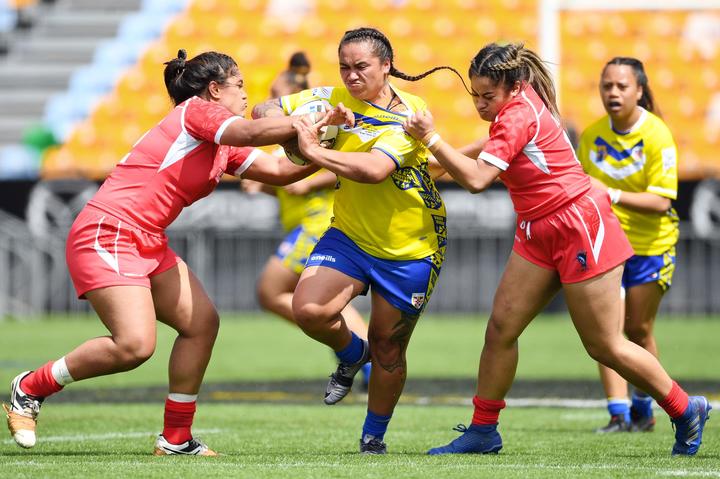 Tonga were impressed on both attack and defence. Photo: PHOTOSPORT

"I'm really happy, literally there are no words to express how I feel right now about the performance the girls pulled out today," explained an emotional Hufunga after the match.

"And especially for myself because in that changing room and receiving that player of the day, I told the girls I played my heart out there for them, for our country, our families, for this whole campaign so it's been awesome."

Tonga coach Dion Briggs was full of praise for Hufunga and the rest of his New Zealand based squad.

"There's some things you just can't teach. Mele Hufunga has got speed, her agility, she can defend and I give credit when it's due and I think she's one of the best centres in the country," he said.

"From the first minute of kick-off to the end they dug deep. We made a few costly errors making it hard for ourselves but other than that I thought the girls individually they were brilliant and everything that we portrayed and worked hard for this week it paid off." 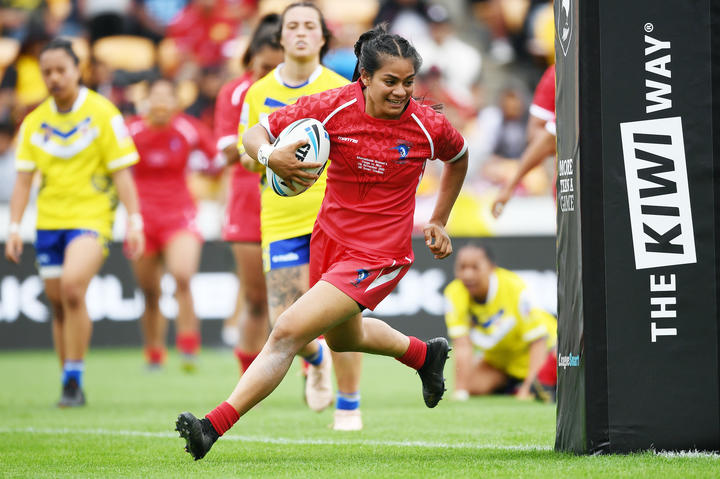