A rally has been called in New Caledonia on Friday to demonstrate against the planned sale of the Vale nickel plant to a consortium led by a Swiss-based commodity trader, Trafigura.

The groups opposed to the sale insist that Vale enter in a due diligence process with Sofinor of the Northern province whose bid with Korea Zinc has been rejected by Vale. 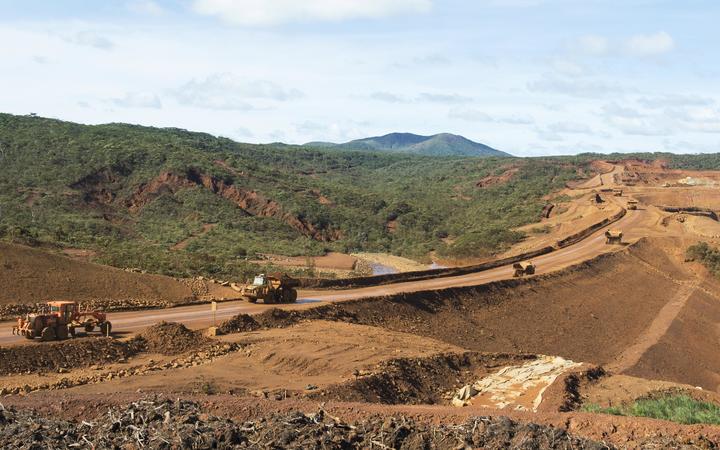 Goro mine Photo: AFP or licensors

The groups, made up of local chiefs and pro-independence politicians, insist that the nickel ore be processed in New Caledonia and not exported.

They want Paris to support their proposal and asked the visiting overseas minister Sebastien Lecornu to take a position.

One of the leaders Raphael Mapou said they ccould prove that they could suspend operations at the Vale plant.

The mainly Kanak USTKE union called for a general strike on Friday in support of the cause.

The Trafigura bid, which has not been made public but reported by a union, reportedly provides for New Caledonia to have a 38 percent share.

The nickel sector with its 35 mines and three processing plants accounts for about 20 percent of the jobs in New Caledonia.

New Caledonia is the fourth biggest nickel ore producer in the world and the seventh largest nickel producer.