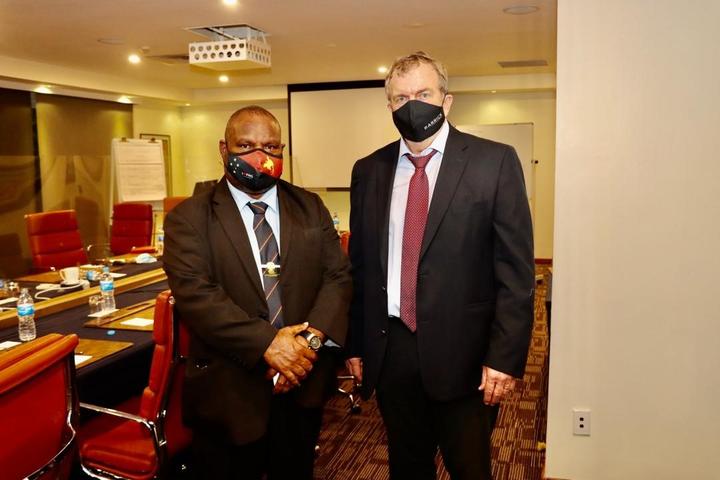 It's a breakthrough in an impasse over the future of the large Enga province gold mine that began in April.

Barrick had been embroiled in a bitter legal dispute with PNG's government after it refused the miner a renewal of its mining lease, causing a shutdown of the mine.

With thousands of jobs on the line, and millions of dollars in lost revenue accumulating each week for PNG and the joint venture, the talks finally reached a compromise.

The prime minister said the two parties had agreed that PNG would take a major share of equity under the new arrangements, while Barrick Niugini Limited will retain operatorship.

Marape said he was very pleased to announce that economic benefits from the lucrative mine would be shared fairly.

"This is a very significant step forward and I look forward to hearing of the outcomes of further discussions on the economic principles to guide future mining operations."

Bristow, who departed PNG last night, said that he was leaving behind a high-level team to progress negotiations.

"I am certain that my team will be able to work with the PNG State Negotiation Team, led by SNT Chairman Ambassador Isaac Lupari, in finalising full commercial details," he said.

Marape and Bristow agreed to meet again in the coming weeks once negotiations concluded.

"I have full confidence that we will be able to broker an historic agreement that will provide a lasting legacy and enduring partnership that will benefit our nation for many years to come," Marape said.

Also party to the talks was Enga Province's governor, Sir Peter Ipatas, whose provincial government has been missing out of millions of kina in revenue.