Dr Aumua joins the Foundation in January 2021 from The Pacific Community's Suva office, where she has been Deputy Director-General.

"The reputation of the Foundation [Fred Hollows] is of course incredibly well known throughout the Pacific and New Zealand, and they are a fabulous organisation and do fantastic work," she said.

"I haven't been in a sector like this before, and I'm looking forward to what I might learn and also being part of the charitable community of the region, and of course New Zealand." 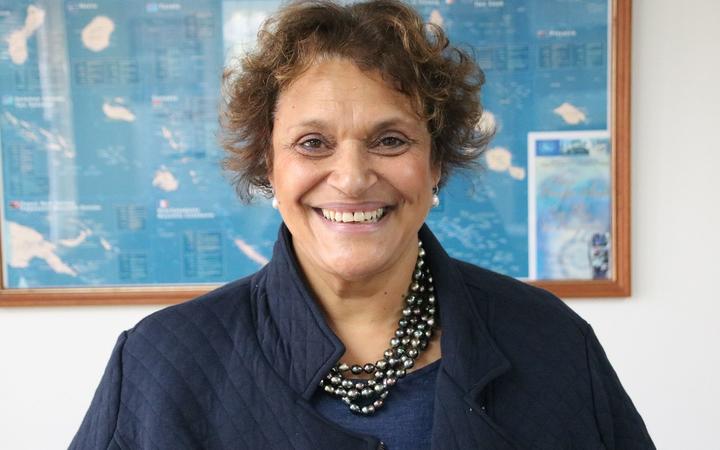 "I haven't been in New Zealand for nearly 20 years, and I'm looking forward to being back in New Zealand, being home and being with the family," she said.

Announcing Dr Aumua's appointment, The Foundation Chairman, Craig Fisher, said, "following a robust recruitment process that included an outstanding shortlist of candidates, we are delighted that Dr Aumua will be joining us to lead The Foundation.

In the wake of Andrew Bell's strong stewardship over the past decade, we know that going forward The Foundation will be in wonderfully capable hands with Dr Aumua at the helm.

Dr Aumua brings a wealth of experience and leadership in research, policy development and management in the health and education sectors across New Zealand, Australia and the Pacific region," Mr Fisher said.

Dr Aumua also paid tribute to the former CEO Andrew Bell, who helped lead the Pacific eye care charity with distinction for 10 years, before standing down earlier this year for health reasons.

As Deputy Director-General, Dr Aumua has been responsible for the executive leadership and management of all SPC Suva operations, including over 600 staff and technical divisions whose primary focus is on Small Islands and Developing States sustainable development challenges.

Prior to her appointment, she served as the World Health Organization (WHO) Country Representative, Solomon Islands, United Nations Office and was responsible for shaping the public health development dimensions of United Nation's partnerships with the government of Solomon Islands.

Prior to Dr Aumua's appointment to the WHO, she held positions with the University of Queensland, and Curtin University, Western Australia.

She served as Chief Advisor for the Pacific, within the Ministry of Health of the Government of New Zealand from 1999 - 2004 and was responsible for public policy advice on improving the social economic outcomes for Pacific people in New Zealand.