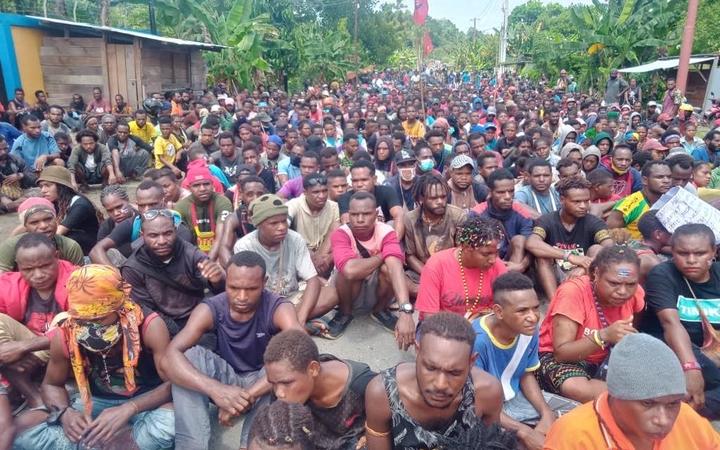 Some of the protestors in Nabire regency Photo: supplied

There are reports from West Papua that Indonesian police have arrested about 200 demonstrators at different locations across Nabire regency.

The United Liberation Front in West Papua said there had been a march on the local police headquarters in Nabire to demand those being held were released.

The demonstrations were to protest an extension of the so-called Special Autonomy laws, first brought in 2001.

The ULMWP said since 2016, Indonesia had used mass arrests to crush the resistance of the people of West Papua, resulting in a huge increase in the number of political prisoners.

It wants the immediate end of the Special Autonomy law and for Indonesia to hold a referendum on independence.

The Indonesian government said in order to curb the spread of Covid-19 strict health protocols were being applied across the country, including in Nabire, which included a restriction on gatherings to a maximum of 50 people.

The government said crowds of people from various locations were "directed" to the Nabire Police Headquarters, where discussions were held with officials and tribal heads.