Polling for the Goroka by-election in Papua New Guinea will take place on Monday. 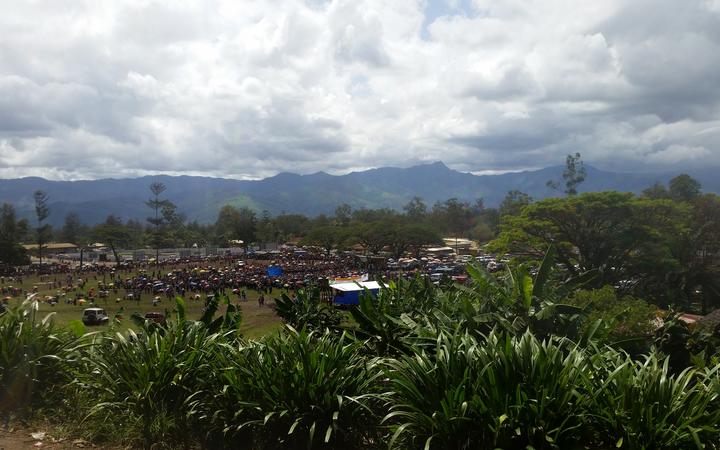 Image of voting during the 2017 elections in Goroka Photo: RNZ Pacific/ Melvin Levongo

This was confirmed after a meeting between the acting electoral commisioner Simon Sinai, police commissioner David Manning and police minister Bryan Kramer.

22 candidates have been nominated to run for the Goroka Open seat, 12 are independents and three are women.

Former MP Bire Kimisopa is one of the big names on the list.

It was Kimisopa who triggered the by-election process by filing a petition disputing returns that saw Henry Ame win the seat.

Polling was originally scheduled to start over the weekend but authorities determined it was too close to today's independence celebrations.

The Goroka by-election will see the trialling of some new security features including cameras in the polling booths and also body cameras on officials during counting.

Both the police minister and police commissioner will be travelling to Goroka for the by-election.