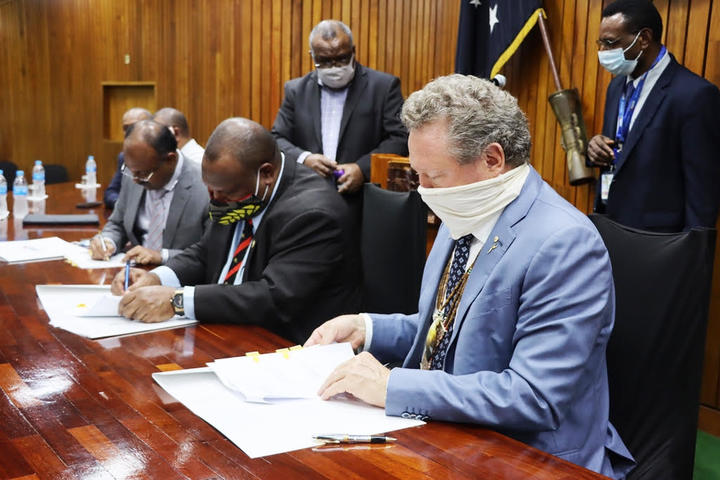 Marape said it "paves the way for potential international investment in hydro-electric power plants, and sustainable heavy industry across PNG".

His statement offered little detail on prospective sites for any hydro plants.

However the prime minister said feasibility studies would begin in the impact areas, with eventual power produced bound for both domestic consumption and international markets.

"This government has undertaken discussions with credible, serious international investors who want to work with us, to develop our resources in an environmentally sustainable way," Marape said.

The agreement with Fortescue was an opportunity not to be seen simply as a business deal, but as part of a new way to industrialise our country, he said.

"We have a chance to lead the world in environmentally sustainable industries that will create mass employment for our people, opportunities for our future generations, value for impact(ed) communities, and diversified revenue stream for local and national government."

Fortescue is an ASX-listed iron ore producer and exploration company in Western Australia.

PNG's State Enterprises minister Sasindran Muthuvel has been instrumental in establishing the government's engagement with Fortescue.