The use of the iconic clock tower in Samoa's capital, Apia as a giant billboard for a telecommunications company has been called disrespectful. 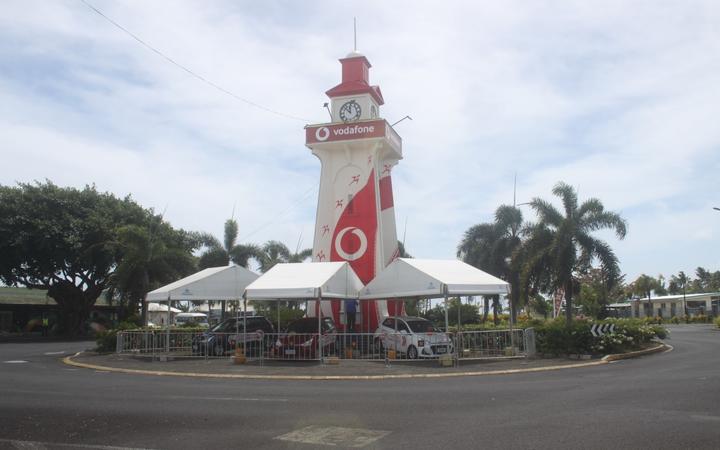 The clock tower commemorates the Samoan soldiers that died in the First World War, and is the site of ANZAC commemorations.

The tower was gifted to Samoa by Ta'isi Olaf Frederick Nelson, and it's now under the care of the Ministry of Commerce Industry and Labour.

"Whoever decided to put up the advertising should have realised that it's more than just a tower clock," according to the President of the Journalists Association of Samoa, Rudy Bartley,

He said it was seen as a national monument for the people of Samoa.

"People have shared tears there, very sombre moments, so much emotion there and so much respect that people give that town clock. And how many years have they held ANZAC parades there, it's very much a place of reverence and they should have respected that."

"I think many Samoans would have had the same feeling I had when I first saw it," a sense of disbelief, and annoyance for disrespecting something we believe is sacred." 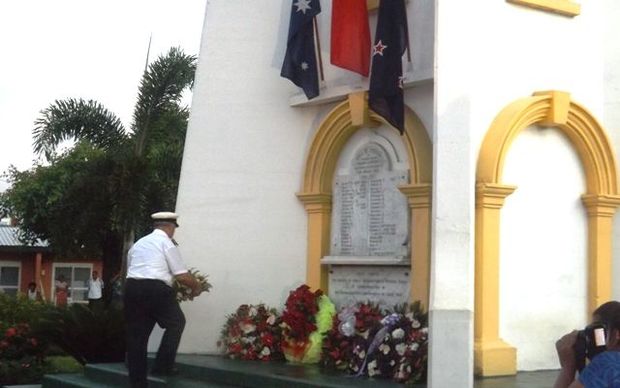 Rudy Bartley said on Thursday, three cars were parked under the tower as part of a promotion campaign but he noticed they were removed on Friday morning.

"There should be guidelines around national monuments, who can and who can't etc but I think the guidelines they have are not strict enough to control how permission is given."

"I think this breaches our code of advertising standards because part of our code says you have to respect, acknowledge Samoan values, culture and community values."

"This is a clear breach of our advertising code, maybe not on television, but having it in a public place like this, I would consider that as marketing and advertising too."

Rudy Bartely said the company was new to Samoa and they obviously hadn't done their research.