The French government has outlined the consequences for New Caledonia should its voters choose independence in the referendum on 4 October.

Just over 180,000 people are on the restricted roll to vote in the second of three possible referendums provided by the Noumea Accord.

In a document released by the High Commission in Noumea, France said in case of a yes vote, it would organise a time limited transition period to transfer the remaining sovereign powers, relating to justice, defence, policing, monetary policy and foreign affairs.

It said it would not be a brutal rupture because of France's historical ties to New Caledonia and its responsibilities in front of the United Nations.

At a mutually agreed time, a French law would end the territory's current status and New Caledonia would issue a unilateral declaration of independence.

The statement also said state funding mechanisms would no longer have a legal basis and would therefore be obsolete.

It said future financial ties would be based on offering development assistance.

The statement said the population of New Caledonia would get passports issued by the new country.

It would then be up to the French National Assembly and Senate to pass a law which would allow some of New Caledonia's people to retain French citizenship. 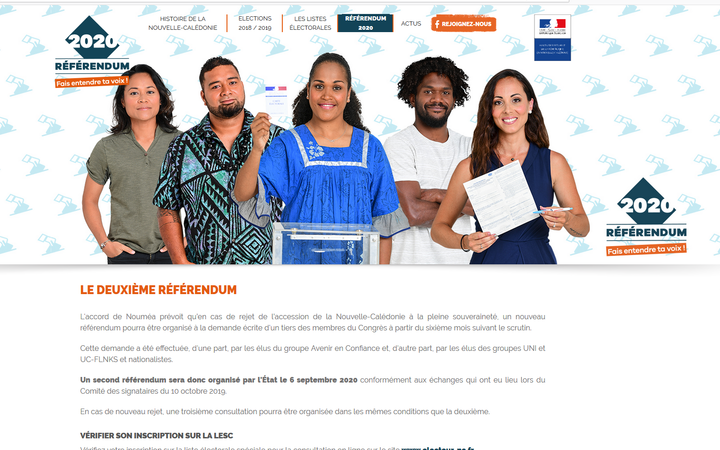 In case a majority of voters choose the status quo, a third referendum could be called within two years.

In the first referendum in November 2018, just under 57 percent voted against independence.

The result largely reflected the voting patterns of the provincial elections, with the Southern Province opposing independence and the mainly Kanak Northern and Loyalty Islands Provinces favouring independence.

In 1987, more than 98 percent voted against independence in a referendum boycotted by the pro-independence FLNKS.