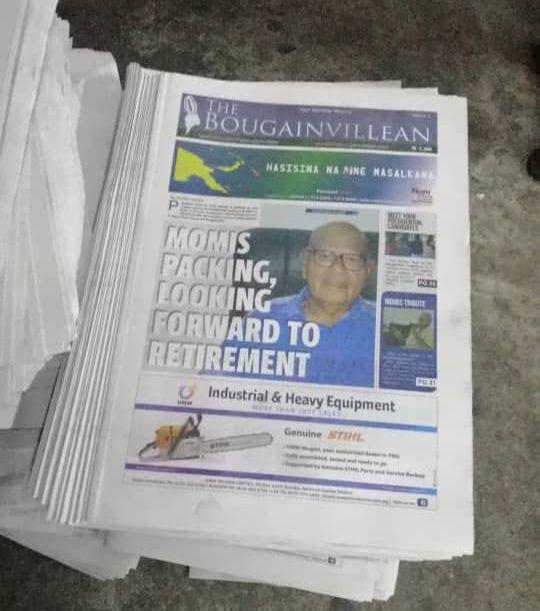 A new newspaper for Bougainvilleans has been launched this week.

The weekly paper, called The Bougainvillean, had its first print run of 5,000 copies in Port Moresby.

The paper has had a digital presence on Facebook for months.

However its first physical copies have only been sold in the Papua New Guinea capital so far because of Covid-19 restrictions on air freight into the autonomous region of Bougainville.

The editor, Kelvin Kaspar, said a printer had been ordered from Germany and was now in Lae awaiting approval for further transportation.

Once it arrived in Arawa, the final set-up for operations there would be complete.

Kaspar hoped this would be in time for the paper's third print run.

Bougainville is currently in the midst of an election with voting to continue until 1 September, and results expected a couple of weeks later.

Kaspar said the first edition was focussed entirely on the election with various commentaries and original stories.

He expected the publication to sell out of its first run.