The order to deny a US soldier entry into American Samoa for his mother's funeral reportedly came from Governor Lolo Matalasi Moliga. 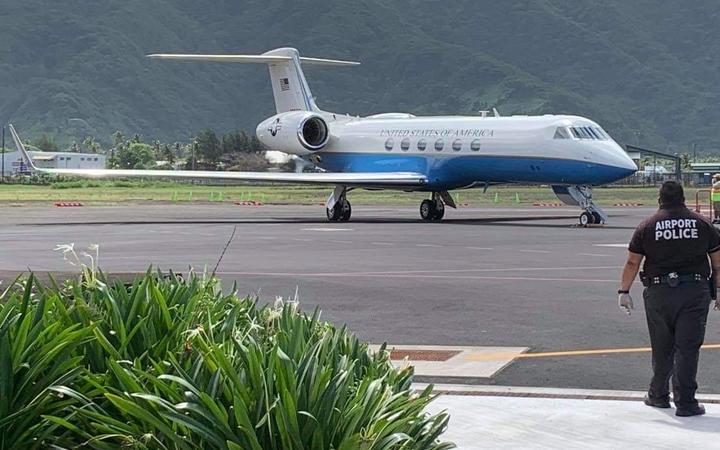 Sergeant Sanele Lemana arrived on a federal flight this week after travelling from Alaska to attend the funeral of his mother who died in June.

With help from Congresswoman Aumua Amata, he was able to travel on board the flight which was sent to pick up two federal officials.

According to sources, he was the only passenger on the flight and had already met all Department of Health requirements.

However the governor was reportedly unhappy that Congresswoman Aumua's office had made the arrangements without his knowledge and he gave the orders not to allow the soldier to disembark.

The plane's departure was delayed while efforts were made in vain to try and resolve the matter.

Lemana's fiancé was watching from the terminal building and said no reason was given as to why he was not allowed to enter.

In a Facebook post she said, "As I looked out and heard the engines starting up, the doors was closing up and Al [Lemana] didn't come out, my heart literally dropped. This is the most painful thing I've ever felt in my whole life watching the plane turn around and took my heart back."

Witnesses at the airport said some of the workers had tears in their eyes during the ordeal and the pilot was reportedly shook his head in disbelief during the discussions.

Congresswoman Aumua said the incident signified one of the most heart breaking days she had experienced.

"I don't know who's right and who's wrong in all of this but one thing is certain, Sgt Lemana, the active duty soldier who was denied entrance, paid the price in a way that broke many hearts."

The congresswoman said even she was in tears when she spoke to the governor.

"I have never seen so many people upset and in tears over the fact that this soldier could not get off the plane to come to his mother's funeral, and that includes the pilot who was in shock."

Local broadcaster, KHJ News, sent questions to the Governor's Executive Assistant and Chairman of the Coronavirus Taskforce, Iulolologo Joseph Pereira, as well as Attorney General Mitzie Jessop Taase but did not receive a response.

Earlier reports said that Lemana was a US airman however his fiancee moved to clarify that he was in fact an active member of the US Army.