A nun in the Papua New Guinea Highlands, said she believes the misuse of sanguma is because people's lives have been dislocated by the modern world. 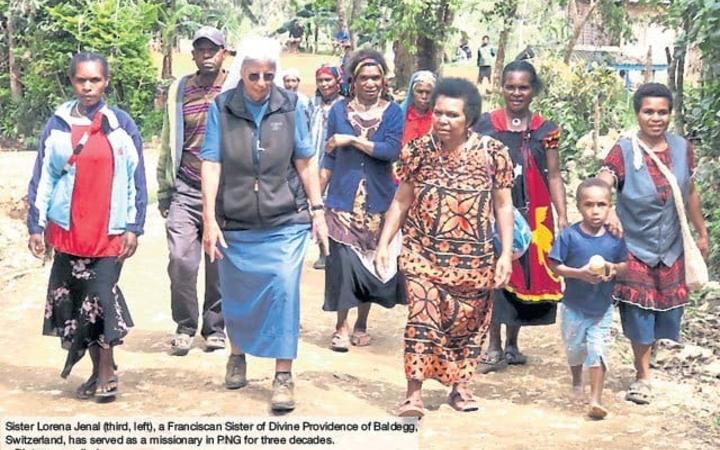 There is growing concern in PNG about the use of sanguma - the Tok Pisin word for sorcery - to justify violence, which is most often directed at women.

It's estimated as many as 200 people die each year and dozens more are left badly injured.

Sister Lorena Jenal, who is from Switzerland and has been in PNG for more than 30 years, has gained international recognition for her efforts to help the victims of these violent attacks.

She said she thinks the reliance on sanguma is a result of confusion in people's lives.

"The people have been thrown, according to me, from the Stone Age into the very technical, very computerised world, and somehow, it has gone too fast."

Sister Lorena said Monday's international focus on sanguma-associated violence was a success, though she said, during a march, she had stones thrown at her by people claiming she was undermining their culture.

She was advocating an awareness campaign, based on respect, to try and change attitudes.

Sister Lorena said the way to deal with the issue would be the same approach taken to help rural communities cope with HIV/AIDS.

"We did awareness, we tried to respect people, and we tried to uphold the rights of every human being, especially rights of women and children, and to balance it all with the positive, very positive approach - not with morals, not with preaching."