A fire has destroyed a traditional building at New Caledonia's customary Kanak Senate.

Firefighters rushed to the site in Nouville outside Noumea but failed to prevent the building's destruction.

The public prosecutor said a 29-year-old man Kanak was arrested and confessed to using a lighter to set the structure ablaze.

The man was reportedly upset with Kanak leaders over a lack of support to get electricity to a nearby shantytown.

He was reportedly also drunk at the time

He is due to be tried on Tuesday and risks to be jailed for up to 10 years.

The French High Commissioner Laurent Prevost condemned the attack on the traditional institution.

A statement said the French overseas minister Sebastien Lecornu was being briefed.

The High Commissioner was also in touch with the Kanak Senate Pesident, Hippolyte Sinewami.

The incident occurred amid rising political tension as New Caledonia nears a referendum on independence from France in October. 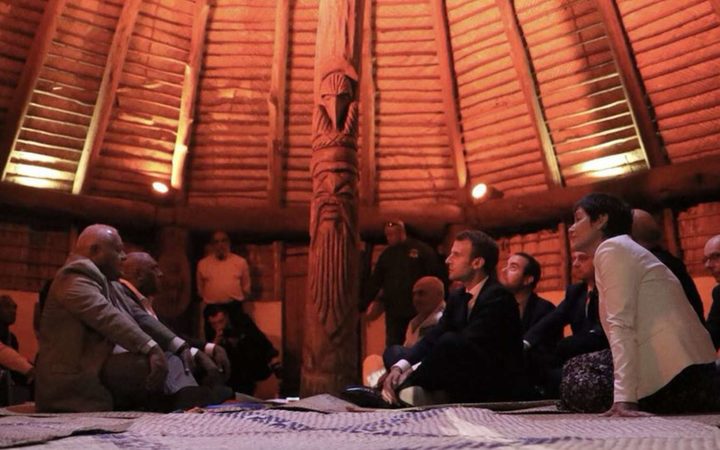 French President Emmanuel Macron and his overseas minister meet with Kanak leaders in the Senate in 2018 Photo: Twitter / @EmmanuelMacron