A legal instrument has been invoked in Guam that could lead to the US military delaying the creation of a firing range and financing an archaeological survey.

It follows the discovery of an ancient burial ground last month on land being developed for a new base for Marines transferred from Japan. 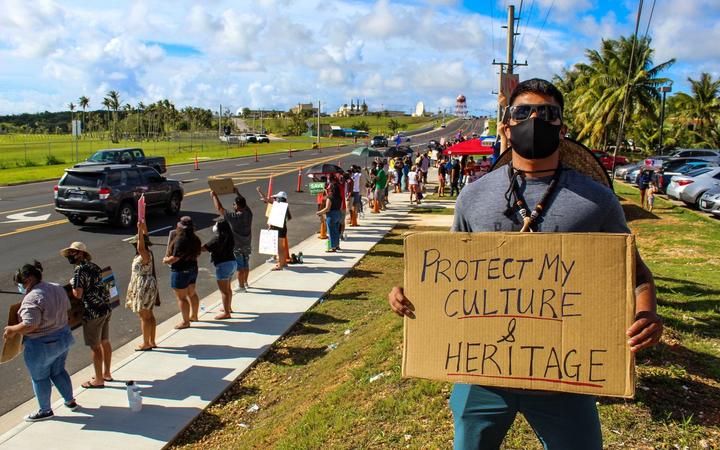 Protesters on Guam call for the preservation of cultural relics. Photo: Independent Guåhan

The agreement, between the US Department of Defense and signatories including the officer, concerns the pending relocation to Guam from Okinawa of 8600 Marines and their 9000 dependants, the construction of military bases and training areas.

However it was the unearthing of four burials at Magua that fuelled public consternation over the threat to antiquity posed by the military build-up.

Both discoveries, the artifacts in the firing ranges at Northwest Field and the nearby burials, could lead to the history books being rewritten, Lujan said.

"When they started working and clearing on the first four ranges... up came cultural resources from where people used to live.

"It changes the notion... that the northern plateau, which sits on top of limestone, was more used for hunting and farming and not habitation, which was more common down on the beach."

The significance of the artifacts, including pottery, bone fragments and burn-pits, needed to be considered by archaeologists along with the burials, Lujan said.

"The burials are estimated to be about 1000 years old. Going back to the initial archaeological theory of not having any living up on the plateau... this is telling us otherwise.

"And how could you bury somebody within the limestone? It was within limestone cavities. Whether they are dug up or natural... it's a unique finding. 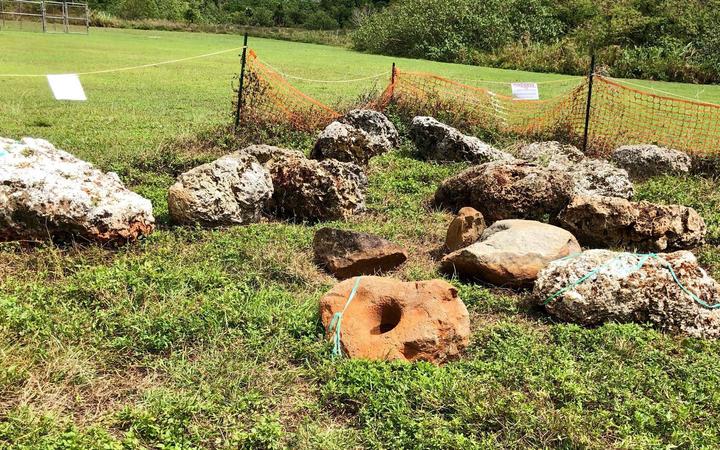 Perhaps more unique was the discovery of nearly intact skeleton missing only its skull.

"I'd like to wait for the final report and I don't want to speak out of turn but there was ceramic pottery that was in place of the skull," Lujan said.

"That has only been known in Saipan. So far, that's the first and only finding like that on Guam."

Lujan said he hoped to bring together all of the archaeologists who had studied the area "to collectively come up with an updated theory on the northern plateau".

To accommodate the burial site, the US Department of Defense was planning to adjust its designs for a parking lot and to build, "a nice burial monument depicting what was found and talking about the Chamorro villages. We look forward to working with them on that as well", Lujan said.

As for the fifth firing range, the invocation of Stipulation XIII requires a 45 day consultation period between the signatories.

If the military agreed to delay the development it could be obliged to finance an archaeological survey of the 60 acre site, which Lujan said would be done well given the financial resources of the Department of Defense and the guidance his office would be required to provide.

If an agreement could not be reached, Guam Governor Lou Leon Guerrero said the matter would be referred to the Advisory Council on Historic Preservation.

"A responsible military build-up must be based on an effective working partnership with the federal government," the governor said.

"The build-up needs to be done at a pace that benefits our people, and we must be our own advocates."