Fiji police have come under fire over claims some members of the force are accepting bribes and ignoring an increase in crime in Nausori town.

Business owners alleged officers were being bribed by drug dealers to avoid arrest.

The Assistant Police Commissioner Abdul Khan said the claims were being investigated, and police would soon meet with town officials and business leaders.

"We have planned our strategies of how we are going to walk hand in hand in terms of tackling things out there in Nausori."

Khan said while the focus on hard drugs continued in urban centres, operations to eradicate the rural cultivation of marijuana were also underway. 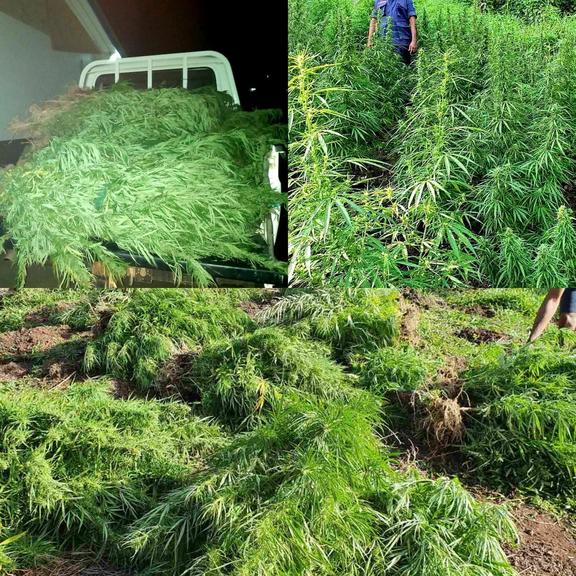 About 60,000 people live in Nausori, situated 20 kilometres east of the capital Suva.

The town is also home to three provinces - Rewa, Tailevu and Naitasiri.

This week Nausori residents claimed there was a rise in daylight drug-dealing in the town.

They said Nausori was fast becoming dangerous with people being robbed at all times of the day.

The residents called on the police to install CCTV cameras around the town to help identify drug dealers.

Business owners in the area also raised concerns over drug-dealing, prostitution and violence.

One retailer told the Fiji Times newspaper drug-peddling was rife in the town and police, who had sworn to uphold the law, were turning a blind eye to it.

Meanwhile, police have intensified their drug operations around the country, following the seizure of about 1500 marijuana plants, (worth $US40 million), from Kadavu last week.

Khan said a team of officers trekked through rough terrain to reach the marijuana farms.

The raids discovered 800 plants in two villages and almost 700 in another, he said.

One man has been charged is in custody.

"The drones have been a massive assistance to us in terms of the coverage," Khan said.

The assistant commissioner praised villagers and elders for their help in arresting those involved in the illegal drug trade, noting that police had seized over 1.2 tonnes of drugs across the country this year.