Hostile media environments pose growing challenges to Melanesia's democracies, according to a new edition of the Pacific Journalism Review.

With its first special edition focussed on Melanesia, the New Zealand-based research journal warned that laws and cultural restrictions were providing barriers to open information, as well as silencing journalists. 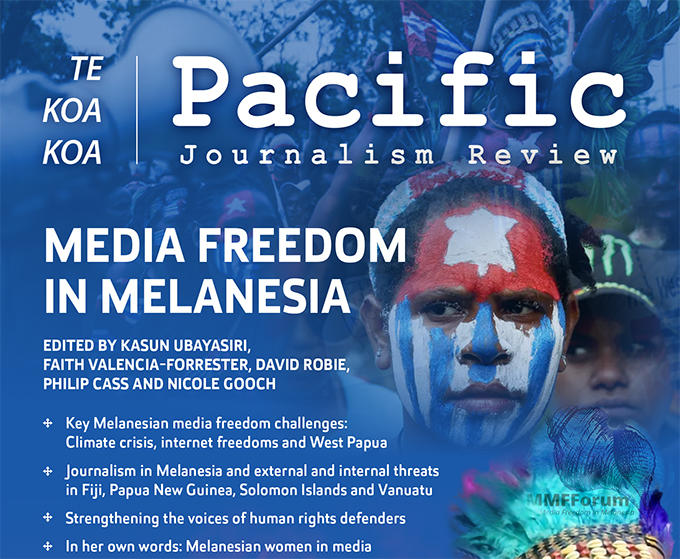 The region's pressing media problems are explored in depth in what the journal's editor, David Robie, describes as the most significant volume of Pacific journalism research ever produced.

He said with the region now in a challenging period, when countries confront the pandemic, it was worrying that the climate change crisis was sidelined.

"Because really climate change is the overwhelming issue for their future. And if we're dealing with media that is being sort of screwed down by governments and prevented from freely reporting information that the public need for democracy, it's a very disturbing future."

Professor Robie said this edition of the PJR stemmed from a partnership with the Melanesia Media Freedom Forum which was founded last year at a Brisbane conference in November in conjunction with Griffith University.

In a sign of the pressures on journalists and media practitioners in Melanesia, Vanuatu's government attempted to deny one of the delegates at the conference, the former Vanuatu Daily Post media director Dan McGarry, permission to re-enter the country.

This is one of a number of recent examples of threats facing journalism in Melanesia which are fleshed out in this edition of the Pacific Journalism Review.

Among the articles and editorials by regional journalists and researchers are examinations of state repression of media freedom in Fiji, Indonesia's Papua region and Papua New Guinea.

The PJR highlighted how both of PNG's main daily newspapers were owned by overseas multinationals - the Post-Courier by Australian-US media tycoon Rupert Murdoch's News Corp, and The National by the Malaysian logging company Rimbunan Hijau.

It also looked at how PNG's burgeoning telecommunications sector was changing the way people accessed media and information in the Pacific's biggest country.

Professor Robie said the internet was vitally important to media in this region, as public trust was low in mainstream media in countries like PNG, but warned there was also a critical need for balance and verification.

"With such reliance on social media, it's pretty rampant.. all sorts of scare stories and things that aren't checked out, and so on," he said.

"So it's pretty hard to get a situation with the media where there's reliable information."

The PJR's latest edition 'Media Freedom in Melanesia' can be accessed here.