The safe reopening of entry points into six Pacific Islands countries amid the Covid-19 pandemic is being discussed at a meeting in Fiji this week.

The virtual roundtable is being convened by the United Nations and the Asian Development Bank with representatives from Solomon Islands, Kiribati, Tonga, Tuvalu, Vanuatu and Fiji. 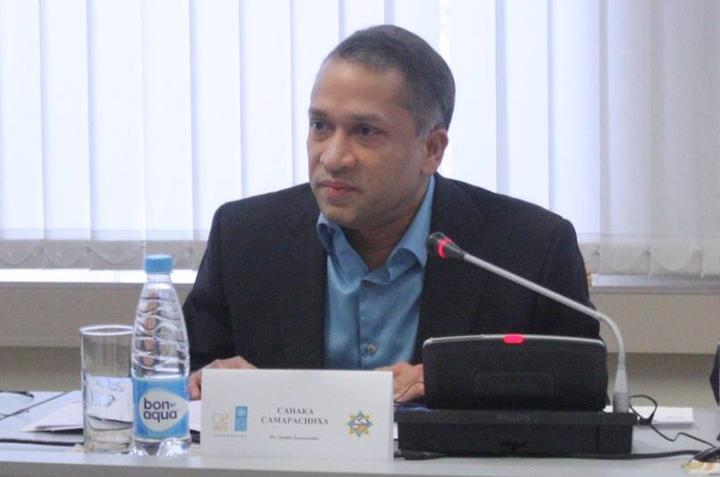 The UN's Sanaka Samarasinha said the discussion would be addressing border security.

"All these countries have a minimum standard of safety. At the end of the day, countries will agree to let people in if they feel that those who are coming - the source country have also safety standards that the receiving country accepts. If that doesn't happen, there's not going to be movement between two countries," he said.

Samarasinha says similar roundtables are being planned for the Cook Islands, Niue, Samoa and Tokelau.

Samarasinha said the UN and the ADB had emphasised at the meeting clear protocols and the importance of ensuring that the airlines, seafarers associations and tour operators were included in preparing plans for reopening borders.

He said support from the international community can include initiatives such as the training of customs, immigration, police and health officials and the distribution of personal protective equipment for use at airports and seaports.

He said small island developing states, which depended largely on tourism for their economies, had been hit hard by the global slowdown due to the pandemic.

"The UN has, from the beginning of this crisis, advocated for the safe, responsible and timely reopening of national entry points, on which many small businesses and jobs depend," he said.

"While the decision of when, how and with whom to open borders is a sovereign decision, safety, vigilance, responsibility and international co-operation are critical as the world slowly opens up again."

Masayuki Tachi'iri is the director of the ADB's Pacific sub-regional office in Suva and said collective action was needed now to support health systems and economies in the Pacific.

"The ADB's latest assessments suggest the effects of lockdowns and travel bans have been particularly severe on the region's tourism-dependent economies, with some facing double-digit declines in gross domestic product in 2020," he said.