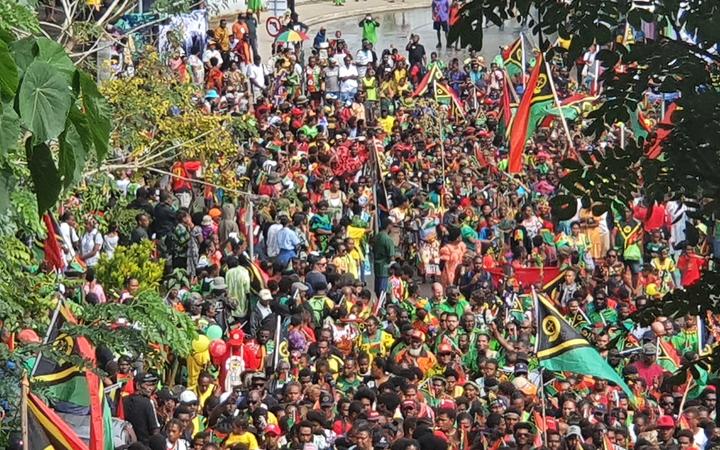 The Orion maritime patrol aircraft will mark Vanuatu's independence day with a fly-over of the capital Port Vila.

The New Zealand air force Orions are used for search and rescue in the region as well as fisheries patrols of Pacific countries' maritime zones.

Due to Covid-19 restrictions, the crew have remained on their aircraft since arriving in Vanuatu yesterday and today's flypast will take place after prime minister Bob Loughman's official speech.

The two Australian vessels will perform a demonstration in Port Vila harbour today.