The plan for New Caledonia's Vale nickel company to be taken over by New Century Resources of Australia appears to be facing delays. 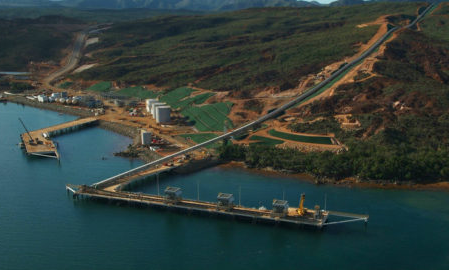 The Melbourne-based miner was to finalise the purchase of the 95 percent stake up by Vale's parent company in Brazil this weekend.

However, according to les Nouveles Caledoniennes the two-month phase to shore up the financing looks set to be extended.

The Vale plant was put up for sale in December after running up losses in the hundreds of millions of dollars.

Vale, which acquired the project in the south of the main island when it took over the Canadian miner Inco in 2006, is estimated to have spent $US9 billion on the Goro plant.

Part of Vale's pre-sale restructure included the sale of nickel ore but pro-independence parties firmly oppose changes to the mining code to allow this.

Vale's changes involved prioritising the production of NHC, or nickel hydroxide cake, which is in demand for batteries for electric vehicles.