The Samoa government has allowed the first community facilitated quarantine of repatriated citizens.

More than 300 Samoan seasonal workers arrived of Friday on a chartered Air New Zealand flight as part of the government's ongoing repatriation of Samoans stranded in New Zealand.

For the first time, some of the arrivals were allowed to be quarantined at community facilities after a request from Poutasi village to host their returning villagers.

TV1Samoa reports 6 buses were used to transport 149 workers to the village where they are being quarantined in two halls.

Village spokesperson Tuatagaloa Joe Annandale said their village is happy the workers have arrived safely and they know the conditions of their isolation.

He said the workers will do their own cooking and there is a strict ban on alcohol and smoking at the quarantine sites.

Tuatagaloa said some of the group under quarantine are from other villages in both Upolu and Savai'i islands. 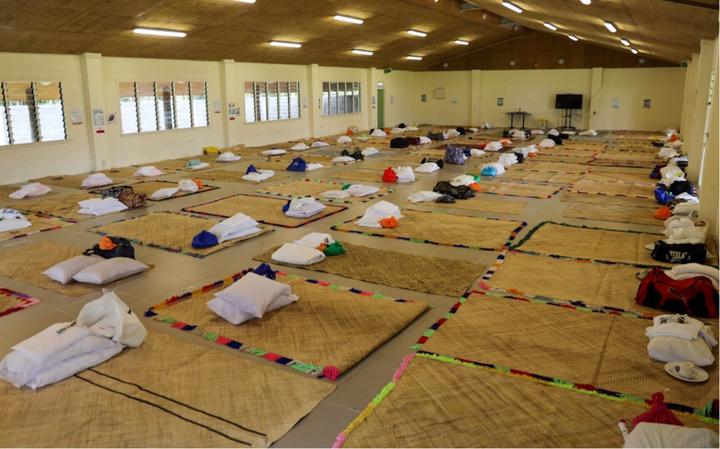 One of the halls at Poutasi village in Samoa which is being used to quarantine returning Seasonal Workers. Photo: Samoa Observer