Members of the Kiribati community in New Zealand have celebrated the inaugural Kiribati language week by launching education resources promoting their language and culture. 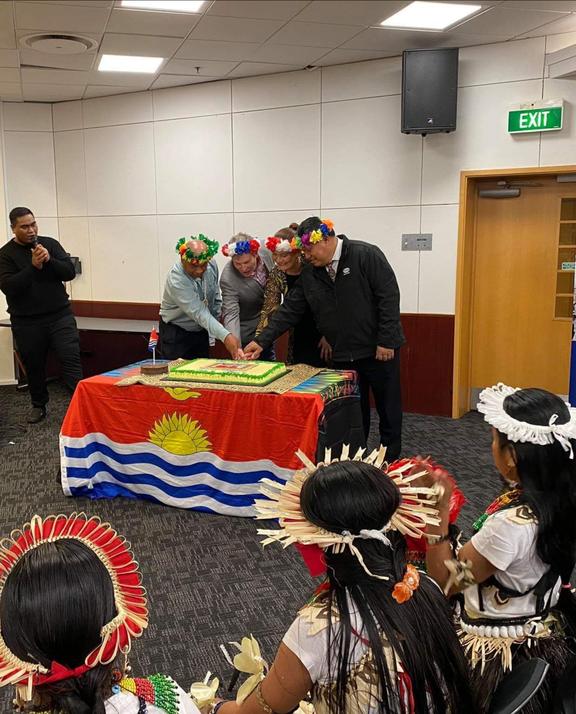 The largest population of Kiribati families reside in Warkworth and Rodney district in the northern part of the Auckland region.

There are nearly 600 people of Kiribati descent living in Warkworth, with families settling there for work opportunities such as seasonal employment since the 1980s.

Rae Bainteiti, a full-time student at Massey University, arrived in New Zealand under the New Zealand Aid Programme as a scholarship recipient in 2016.

The Trust is focussed on the community and how they can empower members to reach their full potential in their new home of New Zealand. One of KADD's objectives is to promote the Kiribati language and culture, especially engaging young people to get involved.

A new bilingual story book called Nei Raoi Stays Home targeting children is funded by the Ministry of Pacific Peoples and is in partnership with Mahu Vision Community Trust.

Mr Bainteiti said the book was written and illustrated by Moevasa Taboru with the help of their friends from the Kiribati community.

"Moevasa studied graphic art and has pursued her love for art by working with KADD.

"She consulted her friends who work in the Ministry of Education in Kiribati as well as a master's student in education leadership to translate the material for the book," he said.

The second project launched this week was a 3D animated cartoon called Reirei ma Nei Mauri, which was developed by KADD to promote the Kiribati language to pre-schoolers, kindergarteners and toddlers both in Kiribati and New Zealand.

Nei Mauri is portrayed as the protagonist in this cartoon. The word Mauri dubbed on the main character is loosely translated as 'health' and 'greetings' and generally means the state of being protected and keeping danger at bay.

The metaphoric translation in the context of this project is the protection of the Kiribati language from the danger of extinction resulting from migration.

"This is the first Kiribati cartoon that teaches three lessons about vowels, colours and numbers," Mr Bainteiti said.

There are also Covid-19 lockdown diaries from i-Kiribati kids in the Rodney district, exhibited at the launch and supported by the Mahu Vision Community Trust.

"Beyond the project we wanted to engage artistic i-Kiribati people and we found a young qualified animator as well as a young music production person to help with the cartoon. 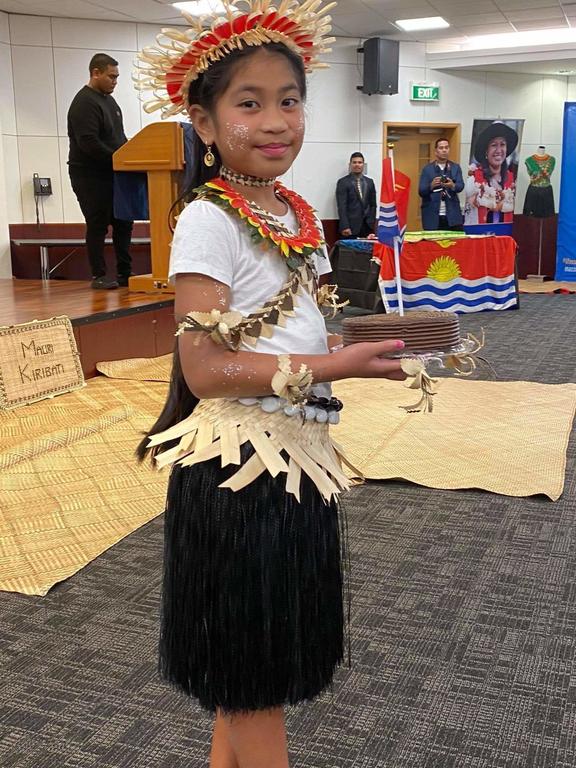 "Auckland libraries and Warkworth library did workshops with the kids to tell their stories about how they felt during lockdown and they developed their own paintings and about 20 kids came together.

"It became like a healing workshop for them as well as they paint and tell their stories in the English and Kiribati language," Mr Bainteiti shared.

He said this week had been a reminder as to why it was important to treasure the Kiribati language in New Zealand.

"We have Kiribati families move to New Zealand for economic reasons, not just because of climate change and so they start raising their families here and of course the English language is important, but at the same time we have to retain our native tongue as it is a form of our identity.

"The people who attended the launch, their eyes were beaming with pride and happiness, feeling proud to be who they are in their home away from home," Mr Bainteiti said.