A candidate for the Bougainville presidency says the region has been mismanaged for years, and could be one of the great tourist destinations.

Sam Maiha, who is the former director of the PNG weather service, is one of 25 candidates for Bougainville's top job.

He said the government has been mismanaged, and he has the skills to turn the region around.

Mr Maiha is focussed on Bougainville as an independent state, unencumbered by mining operations, but instead depending on agriculture and tourism.

"We only need to do a little more and that would amount to good leadership, if it provides honest leadership, leadership with integrity, making prudent use of the resources then that would set a foundation for a country, a Pacific Island nation, similar to Fiji or similar maybe to Samoa," he said.

Mr Maiha, who has also been involved in climate change studies around the Pacific, wants to ensure Bougainville develops sustainably.

Despite 40 years away from Bougainville Mr Maiha said people have responded favourably to his plan to create what he called 'a paradise on earth.' 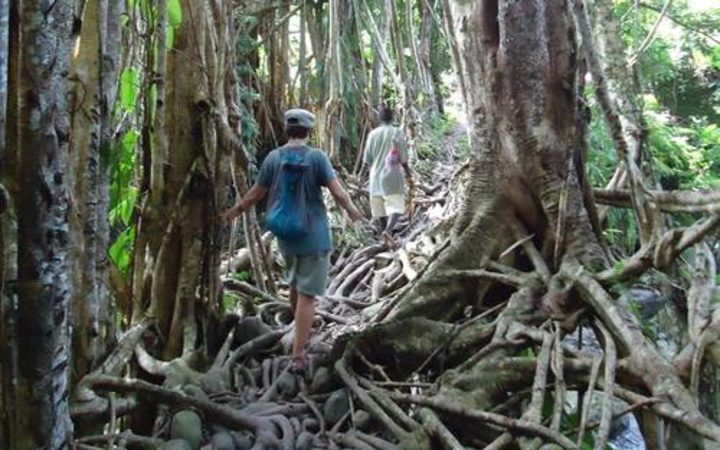 "Where there is a balance between economic pursuit and also that we are making a nice, clean and green environment. And so it is a challenge and I think the numbers are increasing.

"Obviously everywhere I go people are saying 'What's your name, where did you come from' but eventually when I speak they are listening and switching to my side and the vision that I have for the island."

Mr Maiha claimed many of the candidates are dependent on financial support from foreign, prospective, investors, but he is reliant on local backing.

Meanwhile, 18 of the candidates gathered in Arawa last week to present themselves to the public.

All the candidates gave speeches detailing their lives and aspirations.

The chair, Sam Akotai, told the Post Courier he was pleased with the event, saying a big fight would have broken out if candidates met in a similar way anywhere else in PNG.