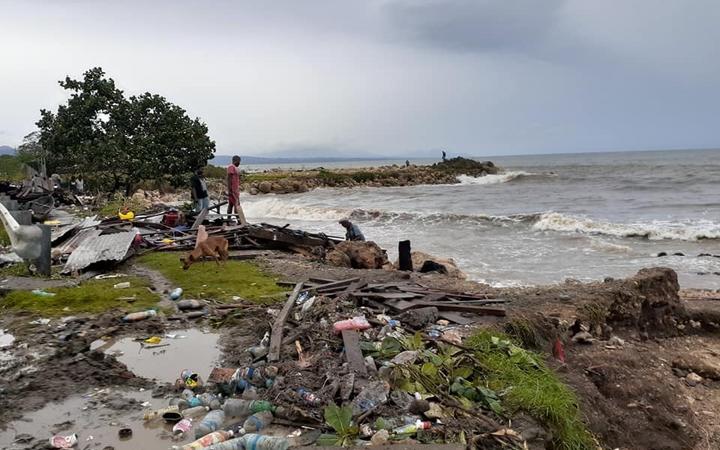 The Solomon Star reported villages in the Haununu district on the island's remote Weathercoast had lost food gardens and staple banana crops.

Chief Hudson Haotai said the only crop to survive the storm was swamp taro, or Kakake, which was now running out.

The Makira Ulawa provincial police commander, Jerry Muaki, said life was back to normal in Kirakira on the other side of the island.

But he said he was not surprised by reports of hardship on the Weathercoast, which can only be reached by boat.

"That should be correct because after that cyclone heavy rain and bad weather continued on the other side," Mr Muaki said.

"After the cyclone they sent an assessment team that went around. It's up to the national government to provide relief supplies according to that assessment report. But at the moment I can't confirm the hardship that they face because I haven't got any reports of hardship in my office.

"From what I heard there was supposed to be relief supplies from the National Disaster Office but that's up to them. From here we have submitted a report for government assistance."

Meanwhile, the permanent secretary of the Ministry of Environment, Climate Change, Disaster Management and Meteorology, Melchior Mataki, has told the Star that relief supplies for Makira were due to be loaded over past couple of days.

"I am aware that relief supply delivery for Honiara and Guadalcanal province affected communities have already started last week and loading of relief for communities affected in Makira will commence this weekend," he said.

Director of the National Disaster Management Office Loti Yates also confirmed the distribution of relief supplies was in progress.

In April, Mr Yates told RNZ Pacific his office was stretched dealing with both the Covid-19 State of Emergency and Cyclone Harold.