The former Prime Minister of Vanuatu Charlot Salwai and a number of his former cabinet members have appeared in court on bribery and corruption charges.

The current Minister of Education and Training, Seule Simeon, was originally one of the five defendants but he is now a prosecution witness.

Public Prosecutor Josiah Naigulevu informed Magistrate Josephine Laloyer that he did not wish to further pursue the charges laid against Mr Simeon.

Previously the minister was charged with two counts contrary to the Penal Code.

During the preliminary inquiry the public prosecutor also asked to have the case committed to the Supreme Court for trial.

He said the prosecution has failed to provide any evidence that the public and transparent process of appointment in the case was corrupt.

The four defendants were charged with offences of bribery and corruption and associated charges under the leadership code.

The main complainant in the case is the former Leader of the Opposition and current Deputy Prime Minister, Ishmael Kalsakau.

Mr Kalsakau alleged that in November 2016, the four defendants bribed MPs who signed a motion of no confidence against the prime minister that ultimately failed.

The Magistrate Court will deliver its ruling on 29 July. 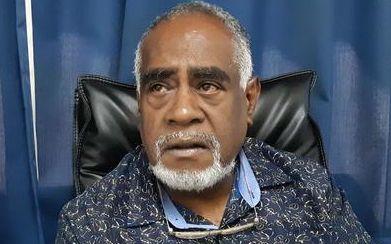