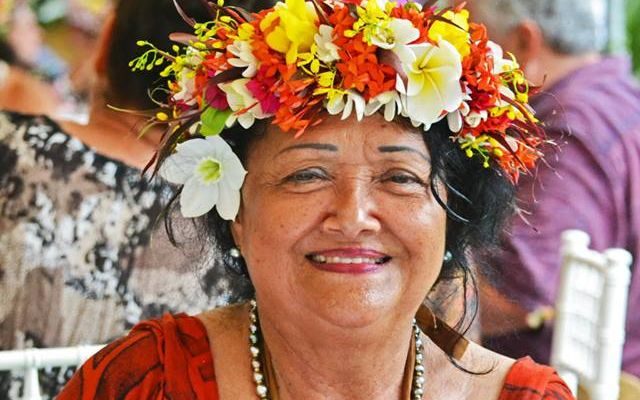 However, the usually Rarotonga-based Pa Ariki was stranded in New Zealand due to Covid-19 restrictions so a formal event took place in Auckland.

Pa Ariki's son and representative Tupeariki Rangatira said he watched the celebrations from Rarotonga via webcam.

He said the Takitimu Hall at Mangere Bridge was full of dignitaries from Aotearoa and the Cook Islands including the Minister for Pacific Peoples, Aupito William Sio and New Zealand's Cook Island MPs Alfred Ngaro and Poto Williams.

Beyond the formalities, he said it was full of dance and song.

Tupeariki said after 30 years as head of her Takitimu, his mother was looking at how to best use her ancestral lands.

"Pa Ariki has always envisioned to address an aged care facility. Since the Covid thing, it sort of brought out and highlighted the vulnerable, you know, the elderly all living in shacks."

Tupeariki Rangatira said it would be his mother's legacy to ensure Takitimu's ageing popultation is looked after.