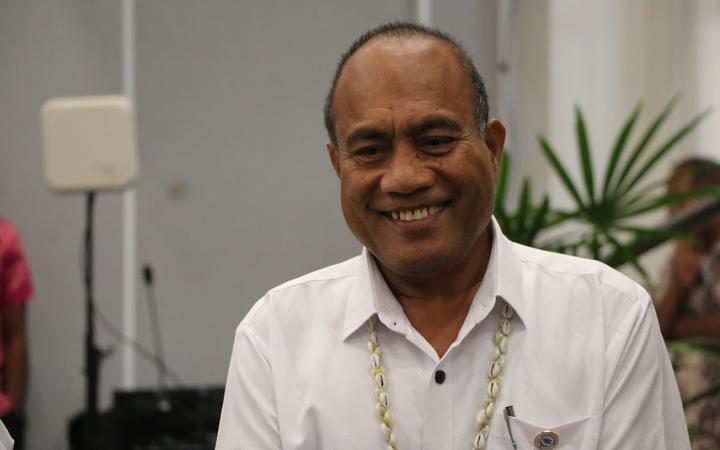 Taneti Maamau has been re-elected president of Kiribati by more than 8,000 votes, cementing the country's relations with China.

The switch to Beijing from Taiwan in September brought protesters out into the streets, and whether to align with China or Taiwan became the main dividing issue between the two presidential candidates.

Over the past three weeks, there were allegations of bribery and interference, with accusations flying in what was described as a bitter campaign.

It was also closely watched in Beijing, Taipei, Washington, Canberra and Wellington.

Anote Tong, a former Kiribati president, said Mr Maamau's margin of victory was significant, and would consolidate China's position in the country.

"So China is back, with all of the goodies and whatever else it will come with," said Mr Tong, who switched to recognise Taiwan in 2003.

Both Kiribati and Solomon Islands switched their allegiances from Taipei to Beijing in September, eroding the Pacific's position as a bastion of support for Taiwan.

In Solomon Islands, the switch has also divided political opinion, particularly in Malaita province, which has continued relations with Taipei to Honiara's anger.

But in Kiribati, with myriad issues beyond geopolitics, including a non-communicable disease crisis, high youth unemployment and a position on the front lines of climate change, relations with China or Taiwan are unlikely to have been the key decider at the ballot box.

Mr Tong said Mr Maamau's campaign was probably aided by what he called "extravagant promises," including a youth allowance and paid leave.

"This will be the question, how genuine these promises were and the people are waiting," Mr Tong said.

Mr Maamau, who has been approached for comment, will be sworn in a ceremony at Parliament House on Tarawa on Wednesday.