There's an air of certainty at the University of the South Pacific after two weeks of protests at the regional institution.

On Monday, hundreds of students and staff returned to work following the reinstatement of Vice Chancellor and President Pal Ahluwalia. 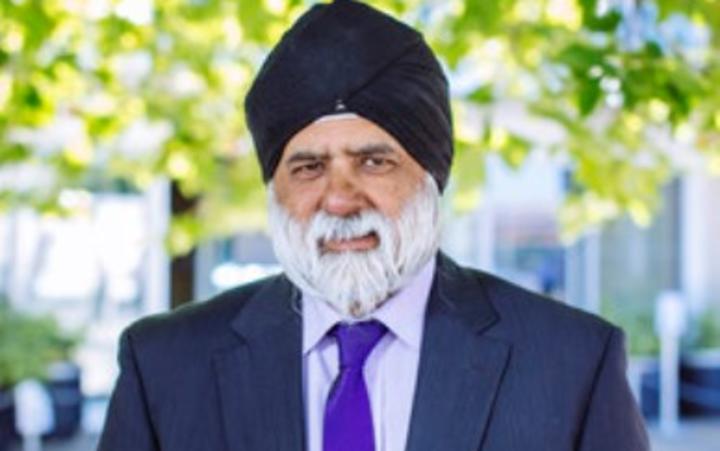 One student said the atmosphere was "calm".

After what has been a tumultuous two weeks, Professor said "it's a delight to be back at work".

On 9 June, Professor Ahluwalia was suspended by the Executive Committee of the USP Council over alleged material misconduct.

But at an emergency meeting in Suva on Friday, the university's governing council found due process was not followed in the decision to suspend him and reinstated the Kenya-born academic.

The council also agreed that while Professor Ahluwalia could return to work, allegations of material misconduct against him would still be investigated

The decision followed weeks of protest by students, staff and regional governments - who own a stake in the region-wide university - demanding he be reinstated.

Professor Ahluwalia's supporters claimed his removal was political, after he complained of extensive corruption. 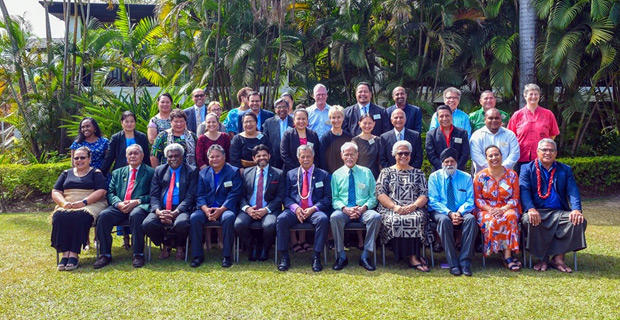 Call to focus on the future

The professor said he was humbled and overwhelmed by the show of support by students and staff at the university.

"The decision to reinstate me is a decision that reflects all the prayers and good wishes that all of you have fought for some time now," he said. "My wife and I will always be humbled and grateful for the support across the region.

"It is now time for all of us to focus on the well-being and future of our students. No doubt, over the last few days, they have been distracted and it is now everyone's responsibility to ensure that they are able to do their best as we come towards the end of the semester."

The professor said the council had the opportunity to clear his name, support him in his role and reinstate him as he wasn't given the chance to defend himself against the allegations.

The secretary of the USP staff union, Ilima Finiasi, said he was elated with the decision.

"The majority of the university population is happy about it," Mr Finiasi said. "The main reason we were behind this is mostly to do with good governance and after the suspension of the vice-chancellor, everyone continued to work for it."

However, Mr Finiasi said that while Professor Ahluwalia had been reinstated, many of the problems he exposed remain.

"The work of the council hasn't finished yet, it's the first step for them," he said. "So now we know that Pal has been reinstated there is other work that needs to be done at the council level.

"I'm sure there are more meetings to come to decide on the issues that everyone has put forward," he said.

Mr Finiasi and colleague Elizabeth Reade-Fong were questioned by police over alleged breach of Covid-19 restrictions. They were later released.

There has been no police presence, which was visible following the professor's suspension, since the council meeting on Friday.

These issues, according to staff and students, include bridging the rift at the leadership level and the release of the findings in a report by forensic accountancy firm BDO.

The New Zealand company was hired by the council to look into claims by Professor Ahluwalia of abuse of office and serious mismanagement involving his predecessor and members of the leadership group.

Vanuatu's Director-General of Education, Bergmans Iati, who has viewed the report, says the council has called for an independent review of the findings by forensic accountancy firm BDO in the report.

"It is to compare and have some of the allegations and attest if these are real or not".

That BDO report has yet to be released although it has been leaked on social media.

Mr Iati said the report is with the education minister and includes allegations of misuse and illegal and financial activity at the USP.

"But the council would like another independent audit of the BDO report."

Rosy Akbar, the education minister of Fiji, whose government had been accused of trying to nationalise the university, said after Friday's meeting that the council had "discussed and deliberated on all the issues on the agenda and made their decision as a USP Council".

She said the Fiji government does not and will not interfere in governance issues the university as the council's responsible for how the USP is governed.

Ms Akbar said Fiji had nothing to do with whether the BDO New Zealand report should be released or not.

"It was not the Fijian government's decision not to discuss the BDO report, that was done by the global organisation BDO and we respect this decision," she said.

"And when the three-person commission was appointed, they were supposed to look at the report, and of course, advice the council on that and the commission is still in force.

"They are still investigating that and if I can clear the air once and for all, the BDO report released or not being released has nothing to do with the Fijian Government."

The minister also said pro-chancellor Winston Thompson - who headed the executive committee that suspended Professor Ahluwalia - was asked to recuse himself from Friday's meeting due to a conflict of interest.

Mr Thompson has reportedly maintained that the BDO report be kept confidential.

But a committee - established to look into the recommendations of the report - comprising Samoa's Deputy Prime Minister Fiame Naomi Mata'afa (Chair), outgoing Cook Islands Prime Minister Henry Puna and Fijian Attorney-General Aiyaz Sayed-Khaiyum had resolved towards the end of last year that a summary of the Independent Investigation Report by BDO Auckland should be made public.

No one from the council has been able to explain why this has not been the case.

Mr Khaiyum said last week the Fijian government was concerned about governance issues at the USP.

"We are also concerned at the many anomalies that have been highlighted," he said.

He said it was now evident the USP would be able to resume face-to-face teaching in the second semester.

"For all our students, especially in the region, provisions will be made to continue remote teaching to ensure that the current academic year can be successfully completed," the professor said.

An official from Education Minister Lanelle Tanangada's office said on Monday she did not want to comment on the matter.

The incoming Chancellor of the USP, Nauru President Lionel Aingimea, was instrumental in professor Ahluwalia's reinstatement.

However, President Aingimea has not responded to a request for comment.