About 2000 bags of rice, more than 1000 boxes of canned food and over 1000 cartons of bottled water have been given to people affected by April's Cyclone Harold in the north of Vanuatu's Malekula. 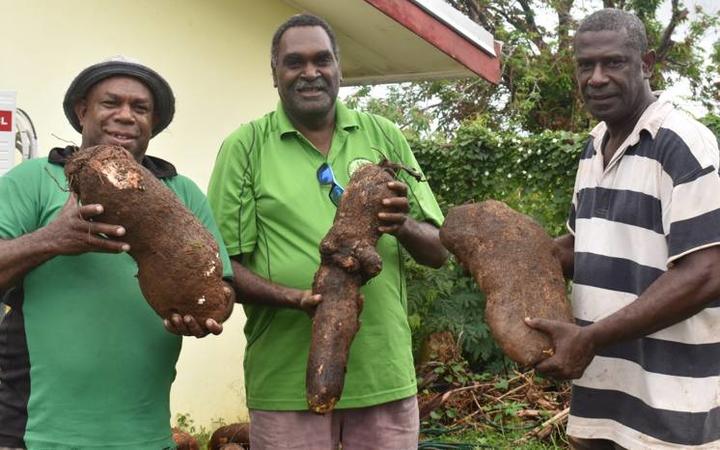 Meanwhile, Vanuatu's Food Security and Agriculture Cluster has procured over 100 tonnes of locally grown root crops for the second push of relief supplies to the country's north.

The crops were mostly grown in central and southern islands from planting material distributed to aid their recovery from 2015's Cyclone Pam.

The Department of Agriculture and Rural Development's Root Crop Specialist, Tari Molisale, said this focus on food security had resulted in large amount of yams being grown.