Fiji's government has announced a scheme it hopes will lead to tourists from New Zealand and Australia visiting the country. 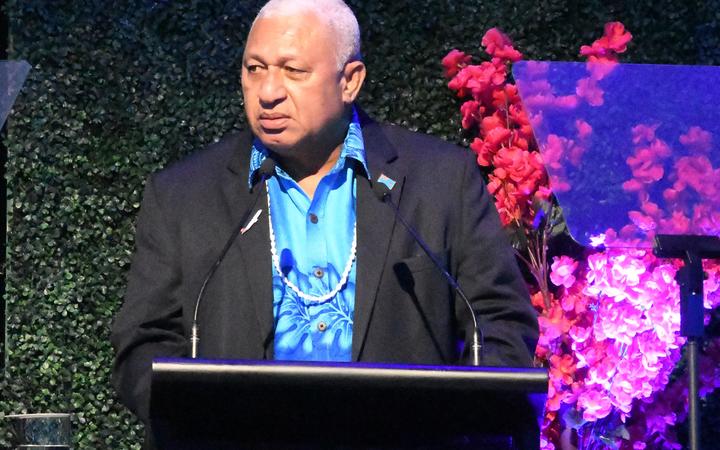 Prime Minister Frank Bainimarama said Fiji was working on a "Bula Bubble", between his country, New Zealand and Australia.

Upon arrival, travellers would have to spend 14 days in Fiji government quarantine facilities and then be required to pass a Covid-19 test to enter the general public.

This would be at their own cost or that of their respective government.

All movement of the tourists would be contained within special "VIP lanes", from the plane, to Nadi Airport and then onto designated transport to their official accommodation where they would remain throughout their stay.

Mr Bainimarama said there would also be a "Pacific Pathways" system run by Fiji Airways which would start with travellers from Tuvalu, Kiribati and Tonga.

He said as the only island country with a World Health Organisation-certified testing lab, and being at the heart of Pacific aviation, Fiji was poised to become a "safely regulated" regional quarantine hub.

Mr Bainimarama said that as risk assessments evolved, Fiji could expand the arrangement to include Samoa, Vanuatu and Solomon Islands.

According to him, all Pacific Pathways flights would be run in adherence to the airline's new 'Travel Ready' protocols.

This included staff wearing masks, all planes being regularly sanitised, while health and wellness would be managed by "newly established on-board personnel".

Passengers would also be health screened before boarding flights with those showing symptoms of coronavirus not allowed on board.

Mr Bainimarama added that incoming passengers would be health screened again on arrival.

Meanwhile the outlook for Fiji's economy has been lowered from stable to negative.

The ratings agency Standard and Poors said the Covid-19 pandemic had triggered a sharp collapse in tax revenue.

In the meantime, it said it expected the collapse in tourism to precipitate a collapse in tax revenue, creating large deficits and a growing government debt burden.

GDP was forecast to contract about eight percent this year, ending a decade-long expansion in what it described as one of the world's most heavily exposed economic regions to tourism shocks.

It said the outlook could be revised to stable if the pandemic eased and the tourism sector recovered sooner.

But it could also be downgraded further if that didn't happen.