A history-making researcher says the voices of Pacific seasonal workers in New Zealand are not represented in media coverage of the scheme.

Her work was the first doctoral study to look at media coverage of the scheme and one of the few Pasifika-researcher-led studies on any aspect of it.

Ms Enoka, who will graduate on 24 June, will also become the first Samoan fa'afafine with a PHD.

Her latest research analysed over 115 articles from regional newspapers and she said it showed the voices of the workers were lost.

"There was a big absence of the RSE workers voices in most news coverage unless journalists made strenuous efforts to source other voices, most of the articles appeals to the dominant group for instance the representatives form the horticulture and viticulture industry and government officials so the Pacific island workers themselves rarely had a voice."

Ms Enoka recommended that media diversity and training could be improved to better fulfil the role of watchdog rather than to repeat government policies without scutiny.

The scheme began in 2007 with a cap of 5,000 workers from five eligible Pacific nations, and despite fluctuations in local unemployment, has grown to a current cap of 14,400 from nine Pacific jurisdictions.

Angie Enoka said the Covid-19 pandemic could be used as an opportunity to address shortcomings in the scheme.

She said with the scheme stalling during the pandemic, there was an opportunity to change the narrative of a labour shortage.

"It can also be seen as a shortage of growers willingly to pay attractive rates and supply attractive living and working conditions.

"So right now the lack of migrant labour could also be seen as an opportunity to overhaul the way labour is used in the horticultural and viticultural sectors."

Ms Enoka said a pay increase and better working conditions was preferable to leaving fruit rotting on the trees.

"The literature I look at in my studies has always been viewed, this kind of seasonal work has always been difficult, dirty and dangerous work for which the pay has not been enough to make it very appealing to locals, including the New Zealand Māori and Pacific community."

She said the "Covid-19 pause" could be used to talk to the workforce and develop co-operative models or other ways that "don't necessitate exploiting low-paid foreign labour or order to turn a profit.

Ms Enoka said now would be a good time to reinvest the profit in upskilling the workforce. 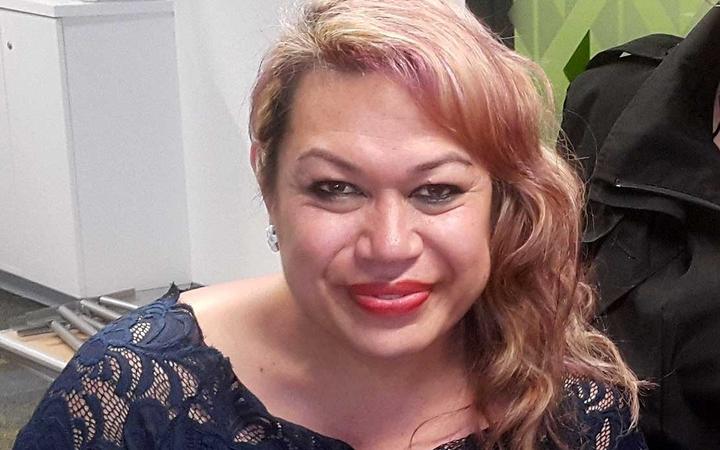 With university graduation ceremonies dramatically changed due to Covid-19, Angie Enoka is set to graduate PhD at a meeting of the Massey University Council on 24 June.

In doing so, Ms Enoka will become the first Samoan fa'afafine to graduate with a Doctor of Philosophy in Media Studies at Massey University.

Ms Enoka hoped her academic success would encourage other fa'afafine to look at education as a career option and hoped more Pacific people take on postgraduate studies.

"When you grow up in the Islands, there's such limited opportunity with lots of competition because it's your only window to the world. When you've finally made it, it's a never-ending world of learning and you feel that it's never enough," the Samoan born researcher said.

"I hope this achievement will encourage many Pacific people, both young and old, to take on further studies and to be part of the pool of Pasifika researchers in Aotearoa."

Despite a number of setbacks, including the death of her only brother at the age of 43, she was proud to be graduating and said that she had learned that anyone was capable of completing a PhD.

"The key is, you really need to have the drive and commitment, a lot of passion for your topic of choice, make space to allow you to write freely without distractions and most importantly get really good grades in your degree."

Being a proud fa'afafine helped motivate her.

"I am a proud fa'afafine and have enormous pride in my Samoan identity. This is a significant milestone for me personally and for my family, for me to be able to reach the highest qualification at university. Hopefully my story will change some of the mindset that fa'afafine are not just entertainers, fashion designers or comedians, as we can also be in the world of academia."

Ms Enoka is from the village of Togafu'afu'a on the island of Upolu in Samoa.

She is the youngest of three children and the first in her family to graduate with a PhD.