Papua New Guinea's Covid-19 National Operations Centre is to keep functioning after the State of Emergency lapses this week. 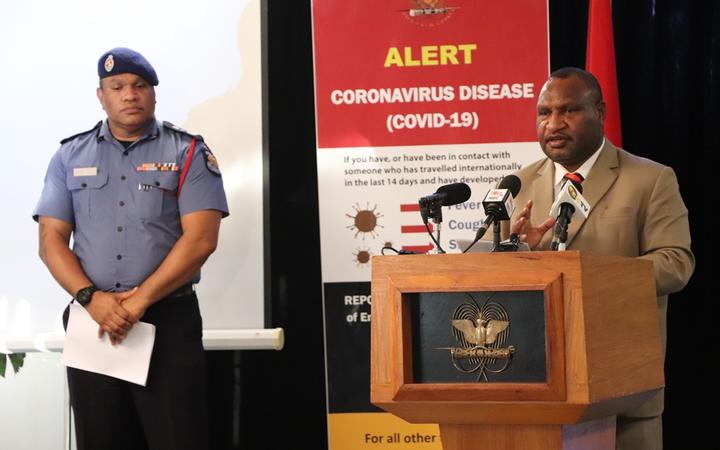 Prime Minister James Marape announced the centre would continue to oversee PNG's efforts to stop the virus gaining a foothold in PNG.

While some emergency restrictions such as around public movements are to be lifted, Mr Marape said everyone must practice social distancing and personal hygiene standards.

PNG had eight confirmed cases of Covid-19, all of whom have reportedly recovered. But the government wants to be vigilant about stemming transmission of the virus when it re-enters the country

Mr Marape said the new legislation would enable government to quickly impose restrictions on the advice of health and medical experts.

The prime minister said the law was not meant to take away the rights or freedoms of people but to protect the country as the need arose.

"Some of the SOE orders will be lifted and relaxed and life will go on as normal and no one police or security officials will stop the rights of citizens from doing things," he said.

Until a more permanent appointment s made, the police chief David Manning would remain in charge of the centre's operations under the new legislation which also gave more powers to Provincial Operations Centres.

The government had been under pressure from political opponents and some elements of the wider community to allow a range of small to medium businesses to resume in order to stimulate a bruised local economy.

In a release, the prime minister said the National Health Emergency Bill was aimed at protecting the country and not for other ulterior motives as misconstrued by political and social commentators.

"I as the Prime Minister Marape nor the Commissioner of Police or the Marape-Steven Government designed the new law for other self-serving reasons.

"It was drafted by some of our own Papua New Guineans lawyers and health experts with advice from the National Department of Health for the sole purpose of protecting our country when the Covid-19 disease re-enters and when the emergency orders are relaxed after the SOE stops.

"We don't want the Covid-19 virus from entering the country via our borders and spread to the urban areas."