The new Chief Justice was born in Samoa before his family moved to New Zealand when he was a child.

He replaces Patu Falefatu Sapolu, who has retired. 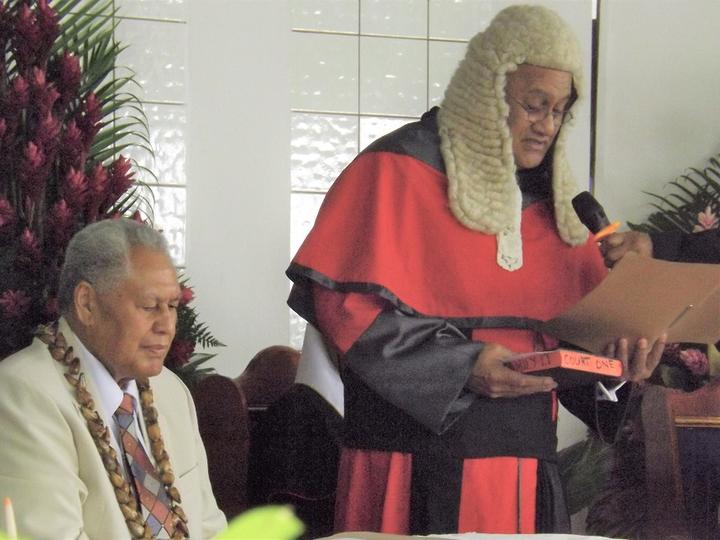 At his swearing-in, Satiu thanked the outgoing chief justice.

"I acknowledge your hard work, courage and service to the administration of the rule of law in our country," he said.

"I also acknowledge that this bench will miss your superb intellect and wisdom. I can only but pledge to try and follow in your footsteps to take our judiciary to a new place."

Satiu also thanked Prime Minister Tuilaepa Sailele Malielegaoi for having the confidence in him to take the top judiciary position.

Meanwhile the new Chief Justice said it was important for the judiciary to let its actions do the talking and not engage in public discussion.

Earlier Patu had backed three controversial bills aimed at changing the Constitution to allow for a separate Land and Titles Court.

The Law Society and a number of MPs have spoken out against the changes.

Satiu suggested he would not engage in such matters

"The method by which the judiciary maintains the integrity of its impartiality is to apply the rule of law and speak through its judgement," he said.

"The judiciary should only rarely engage in public discourse on issues that may ultimately require their interpretation and determination."