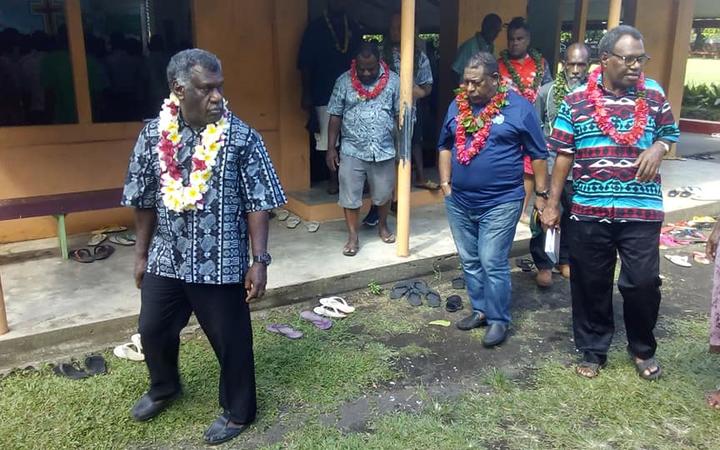 Mr Bule is from Ambae and this year won back the seat he lost in the previous election.

Two years ago the government had ordered more than 9,000 inhabitants on Ambae to leave the island to escape the ash.

About a third of the population has since returned but their homes, animals and water systems remain badly affected by the eruption.

A Vanuatu Daily Post reporter, who accompanied the minister, said he provided $US17,500 dollars for activists and community leaders to both celebrate his political return and help put their lives back together.