Two Marshallese men who survived a six-week, 1,640km drift are well and awaiting repatriation home from Weno, the capital island of Chuuk state in the Federated States of Micronesia. 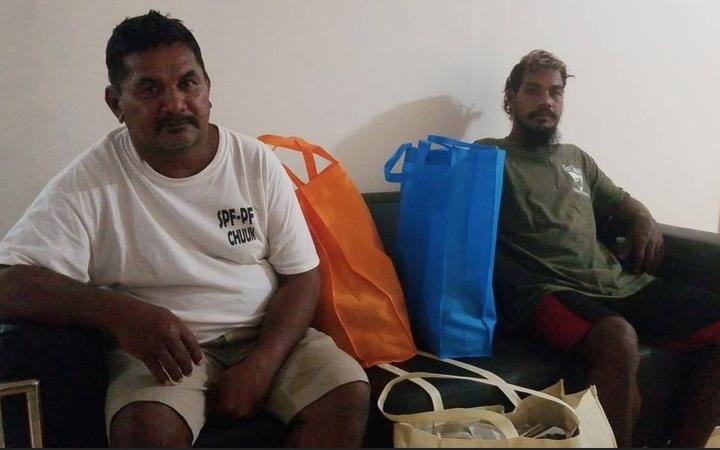 A third man, who was in the boat when it left Marshall Islands 2 April, reportedly jumped out into the sea 17 days into the 42-day open ocean drift.

The two men were transported from isolated Namoluk Atoll earlier this week by the FSM government's patrol vessel to Weno for medical check ups.

The two, Godfrey Capelle and Benjamin Thomas, washed up at Namoluk on 14 May, exactly 42 days since their 20-foot outboard engine boat washed out of Kwajalein Atoll to begin its westward drift.

Godfrey Capelle's wife Bina was described by residents of her home island of Ebeye as "a woman of faith and perseverance" who would not allow family and friends to hold a funeral for her husband. She continued to believe her husband was alive through the ordeal.

Bina also talked about her first communication by telephone from Weno with Godfrey on 19 May.

She said he told her that Junior Jarom, the third Ebeye man who was with them on the fishing trip, jumped off the boat on 19 April.

"The sea was rough and my husband kept telling Junior to remain on the boat, but he jumped from the front end of the boat," she said of her phone call.

No further details of the men's ill-fated trip were immediately available.

Repatriation to the Marshall Islands is complicated by Covid-19 travel bans that affect both international and domestic travel in the FSM.

"The plan for repatriation is if the survivors are healthy enough for a sea voyage from Chuuk to the Marshalls, the FSM patrol boat will take them to Majuro lagoon where they will be transferred onto our own Lomor vessel," said Marshall Islands Foreign Secretary, Anjanette Kattil.