A large fire that engulfed a major market in Fiji's capital is believed to have started at a food outlet there. 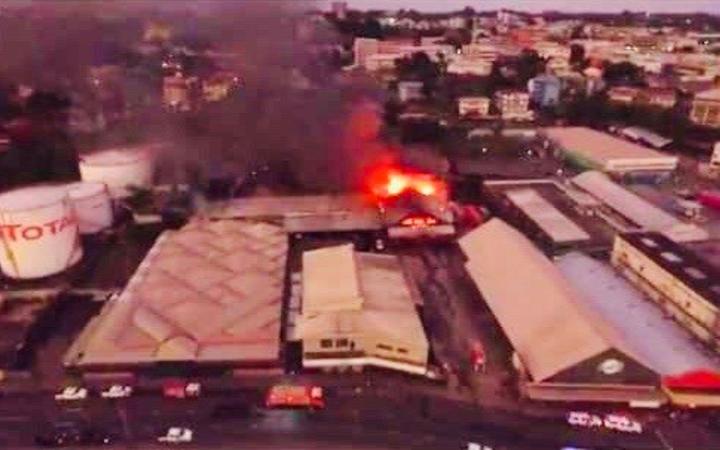 The fire broke out at the Value City outlet and flea market, in the heart of Suva, late Friday afternoon.

Dark smoke billowed above the capital for hours as more then 30 fire-fighters battled to contain the blaze.

However authorities reported this morning that there were no casualties and the market and surrounding buildings had been evacuated.

The National Fire Authority said highly flammable materials such as oil, gas and wooden crafts contributed to the fast spread of the fire .

Around seven stalls and restaurants were reportedly destroyed during the fire.

The NFA and Police are continuing their investigations.