The call has gone out for the creation of a global network to promote Rotuman language and culture in this current Covid-19 pandemic environment.

The coronavirus pandemic failed to stop the inaugural Rotuman Language Week in New Zealand this year.

Instead Covid-19 transformed how the islanders celebrated their language and culture last week.

Rotuman was the first of nine Pacific language weeks and the islanders took to the internet to celebrate the historic milestone.

An event that's meant to bring the community together was observed apart.

Programmes including Rotuma Day celebrations on 13 May were quietly marked by islanders in their bubbles across the world.

Instead of sitting in a church, as the pastor prayed for the people and the weeklong event, Rotumans watched and listened through an app on their phones, computers and television monitors.

Language week celebrations in Aotearoa will be different this year.

But Rotuman language advocates say the celebrations should not stop there. 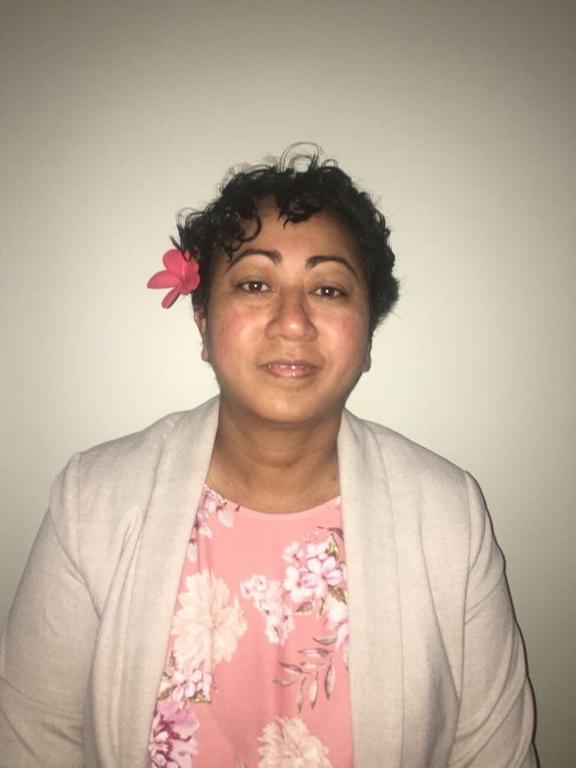 Auckland-based Fesaitu Solomone believed more work needed to be done and the onus was now on Rotumans to ensure they continued to promote their language and culture.

The Rotuman language tutor praised the organisers and communities in New Zealand for reaching out to Rotumans around the world during the weeklong event.

But Ms Solomone said the challenge now was for the islanders to take ownership and continue the momentum.

She called for a global collaboration of Rotuman elders and linguists to ensure the spoken and written language was preserved.

"One of the things that need to be improved and one of the things I have emphasised to the Rotuman community is a need for a global committee that can look at the language because our language is so limited in terms of new terminology.

"That's the challenge now having new words in the technology space, in the medical space and those terms need to be translated."

Ms Solomone said more could be done to promote the language as its usage was limited in New Zealand with most of the week-long programmes actually run in English.

She said the translation of modern words such as computer, mobile phone and even fruits like grapes, kiwifruit needed to be translated correctly.

"Rotumans use linguist Clerk Churchward's orthography where he aligned the spoken and written language from the early Methodists and Catholics.

"But as we move away from Rotuma, there are things outside the island that we don't have a word for," she said.

"It's a challenge because we haven't formalised or created a new dictionary and we need to take ownership of our language."

Ms Solomone said a global committee could be set up - the same way the committee was created to translate the Bible - to look at new terms and find consistency in teaching the language world-wide.

She said if people had their own terminology, it would become difficult to teach the language because Rotumans were learning differently.

She urged the elders and linguists to commit to teaching the language to their people.

Rotuman academic Wilfred Fimone agreed with Ms Solomone and said the difficulty with Churchward's version for many Rotumans was the diacritics (the dots and dashes above and below the letters). 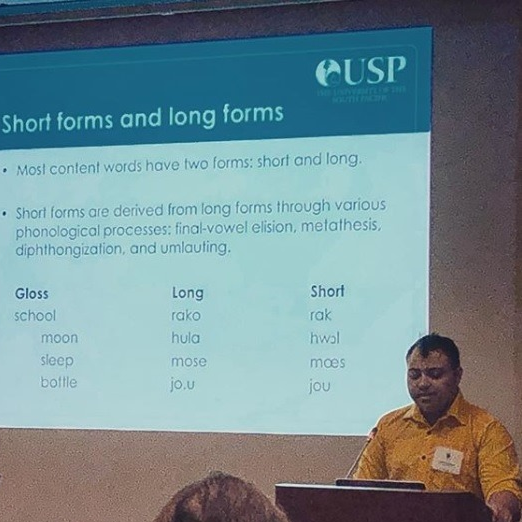 Mr Fimone, who teaches at the University of the South Pacific in Suva, said this was due to a lack of education on the language as diacritics were vital because it made for easy second-language learning.

"With Churchward's system, he accommodates for both the early Methodists' longform of writing with the Roman Catholics' short form."

And how about teaching a five-year-old to speak Rotuman let alone write the language?

Mr Fimone said a study on Churchward's version was needed to evaluate how children had acquired the Australian linguist's writing system.

He also said anyone who wanted to teach the language should undergo some form of training and upskilling so the curriculum used was universal.

"Just as we have English teachers undergoing training to teach the language."

"The Rotuman language isn't standardised and there are people using different varieties and as much as variation is good, it is important to have a standard that teachers can follow.

"Look at the word Faiakse'ea (thank you), it's also spelt Faiaksia. We need to come to a consensus on which one should be taught."

Mr Fimone said there were no courses or programmes available at universities to help upskill Rotuman language tutors but "it's something in the backburner".

Nataniela Amato-Ali, who helped explain the alphabet, said the Rotuman language had five basic vowels which had the same pronunciations as other Pacific languages including Te Reo Maori: (A E I O U)

Mr Amato-Ali said there were also five variations to these vowels and there were slightly different ways of pronouncing the vowels, A, O and U.

"You will note the Rotuman Alphabet does not follow the order set out in the English Alphabet. This is attributed to the rhyme invented by Rotumans to learn their letters, i.e the Rotuman "ABC Song".

"In the link below, you will find the letters and symbols of the Rotuman Alphabet, their International Phonetic Alphabet, equivalents, pronunciation in English and an example of a word in Faeag Rotuam Ta." 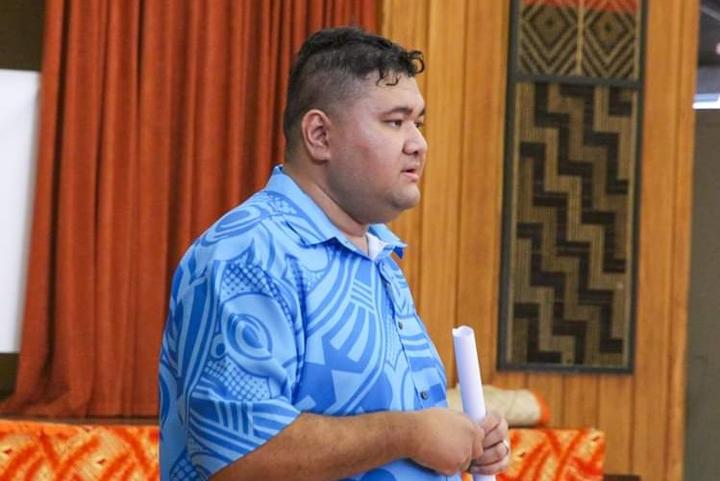 Wilfred Fimone, of the USP, thanked the adversity of Rotumans in New Zealand in celebrating their language and culture during the Covid-19 pandemic.

But Mr Fimone said it should not stop there.

"We need to maintain the energy. Come next week, come next month we need to continue speaking to our children and creating resources so that Rotumans around the world can be able to use."

Next in the series of New Zealand Pacific Languages Week is Samoan.

Vaiaso O Le Gagana Samoa kicks off on Sunday 24 May and runs until Saturday 30 May.