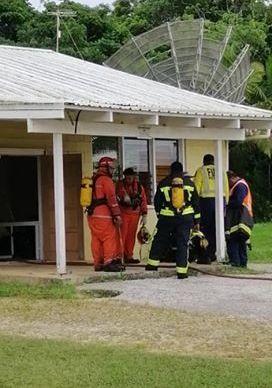 Studios at Niue's state broadcaster have been badly damaged by fire, forcing it off the air.

The Broadcasting Corporation of Niue reported when a staff member arrived early this morning the studios and other facilities were engulfed in flames.

Fire-fighters were on the scene by 6am.

The fire was able to be contained, but studios and the editing suite were badly damaged.

The BCN's library and archives were intact, but smoke and soot managed to infiltrate the room.

Journalists were now working from an office at Niue's Emergency Operations Centre.

It had not been revealed how the fire started or what could be salvaged from the damaged facilities.

The fire comes just 11 days out from Niue's general election and the broadcaster typically plays a key role in putting candidates before the public, however radio and TV services have been suspended until further notice.