A former Bougainville chief secretary says re-opening the Panguna mine is a must if the region's economy is going to develop quickly. Access to Bougainville's Panguna copper mine is controlled by landowners. Vehicles going up to the mountainous mine area must first pass Morgan Junction checkpoint. Photo: Johnny Blades / RNZ Pacific

Chris Siriosi is planning to stand in the Teua Constituency on the west cost of the main island in elections this year in the autonomous Papua New Guinea region.

He is the leader of the Bougainville People's Congress Party, which was originally headed by Bougainville's first president, Joseph Kabui.

This year's regional elections are the first in Bougainville since it held a non-binding independence referendum.

The vote late last year resulted in an overwhelming majority of Bougainvilleans voting for independence from PNG. Negotiations over how to implement the result are ongoing.

According to Mr Siriosi, how to develop an economy is the consuming issue in Bougainville now and this has to centre on the Panguna copper mine.

He said the mine, which has lain idle for more than 30 years after being at the centre of Bougainville's civil war, "is the economic entity that is immediately available to Bougainville. All the other options are long term. Agriculture is long term." 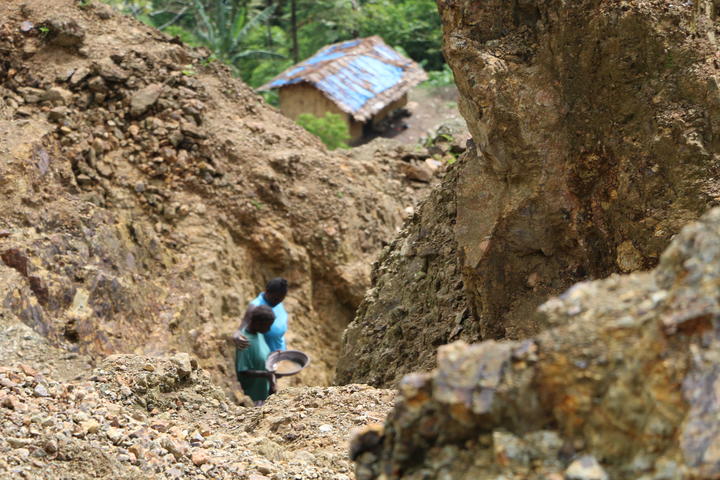 Gold panning on the fringe of Bougainville's Panguna mine, decades after it was closed for large scale mining. Photo: Johnny Blades / RNZ Pacific

Many people remain opposed to Panguna re-opening, but Mr Siriosi puts the blame for any division on the way some foreign investors have inflamed the community.

He said that while Bougainville will need foreign investment the new government will need to do this wisely.