When competitive sport ground to a halt in the Pacific Islands, in an effort to combat the threat of Covid-19, it wasn't just the rugby fields, tennis courts and swimming pools that suddenly found themselves empty.

Cricketers in Papua New Guinea and Fijian footballers were among a host of sportspeople forced to train in isolation or small groups, in an effort to maintain social distancing.

But dozens of key support staff that help Pacific Island sporting organisations operate were also told to head home - back to Australia and New Zealand. 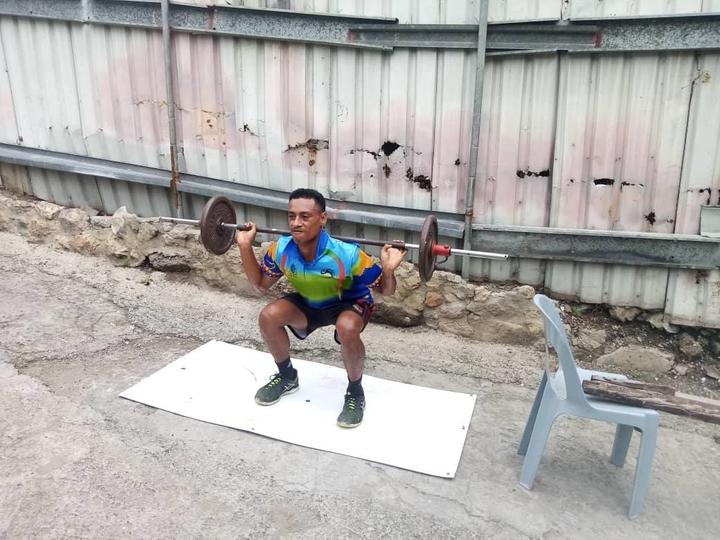 The Australian Volunteers program repatriated 450 people working across the Indo-Pacific region, of which a significant number were based in the Pacific Islands working with local and national sporting federations.

Jessica Richardson first started working for the Vanuatu Association of Sports and National Olympic Committee (VASANOC) in 2017, initially as a disability inclusion officer in the lead-up to the 2017 Pacific Mini Games in Port Vila.

"And that was just a one year assignment. After the year there was so much more that we could do and I was really enjoying my time so we put forward a second assignment for two years which I expanded from disability inclusion to equity and inclusion so that I could support both the Paralympic Committee and the Women in Sports Commission." 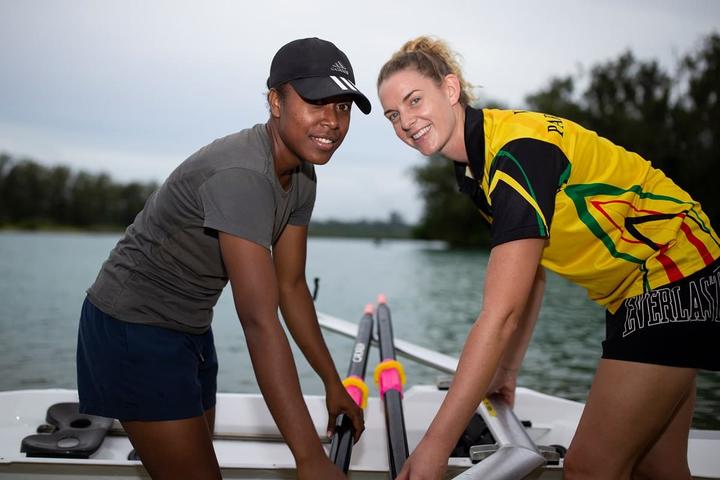 Jessica Richardson (R) is a former elite rower who spent three years as an Australia Volunteer in Vanuatu. Photo: Supplied

A former elite rower, Richardson had a front row seat when Friana Kwevira won Vanuatu's first ever Commonwealth Games medal on the Gold Coast in the women's F46 javelin.

"At the end of my first assignment I got to attend the Commonwealth Games with Team Vanuatu, supporting our para athletes."

"It was such a high - like it would definitely have been a moment that I could have ended on and been really proud of what I had done but there was also this knowledge that there was a two year build up now to Tokyo."

"We didn't want to see anything drop off and, knowing that I was playing quite a critical role in making sure that Team Vanuatu had para athletes that could contend, we decided to try and keep going," she said.

"We were able to build a lot of momentum around the para sport movement in Vanuatu and then having that international success allowed for a lot more support - a lot more community and government support in-country for what the team was doing."

"So that was really wonderful to see our team of para athletes in-country expand, that we were able to do outreach into other islands...and then we've had an athlete qualify for the Paralympics, which will hopefully take place next year." 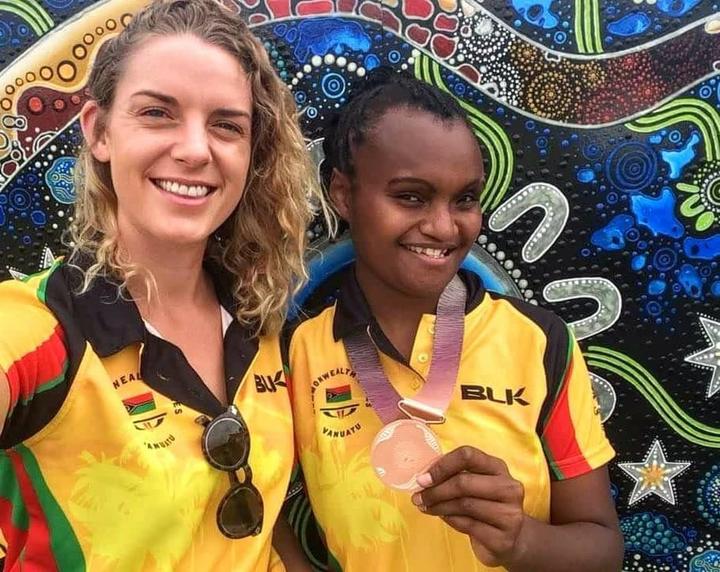 Richardson was back home on the New South Wales South Coast for what was meant to be a short holiday when the Australian and Vanuatu borders were dramatically slammed shut and the global sporting landscape changed forever.

While her assignment has been cancelled she said the Vanuatu Paralympic Committee and the athletes have become family and she will continue to help them out as best she can from afar.

"I have to go back - I never got to say goodbye to anybody. I have all of my belongings still in-country: my car is there I need to sell, so I definitely plan to go back but in what capacity I don't really know yet."

"But, thankfully, we have technology these days which allows me to continue to support my host organisation, so even though I'm not on assignment I'm still supporting in as much capacity as I can from home." 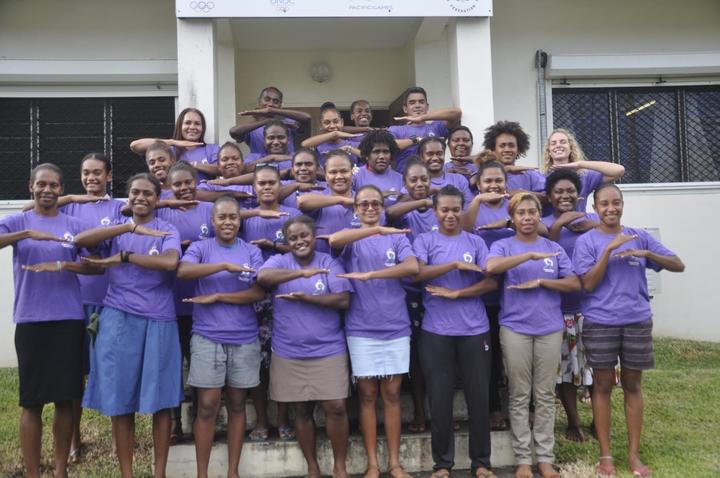 Further north in Solomon Islands Aaron Alsop is the Lead Advisor for the High Performance Program attached to the 2023 Pacific Games in Honiara.

He said volunteers from Australia and New Zealand were a key component of his staff and worked directly with the government and National Hosting Authority Secretariat, and other stakeholders to support sports preparing for the 2023 Pacific Games and other major regional and international events such as the Olympics and Arafura Games. 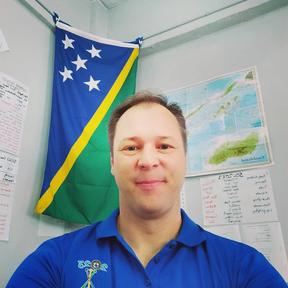 "Australia's offered us eight volunteer roles across different disciplinary areas and New Zealand has also now come on board to support us with a couple of roles."

"At the moment obviously they've had to be repatriated however we are in constant contact with both the Australian Volunteers program and the New Zealand Volunteers Services program to look at what are our plans in the next four years leading into the Games and how can they continue to support us," he said.

"The five that we already had in country were in the areas of talent ID, coach education, performance management, sport business support and physiotherapy...and then the extra roles that we had to complement some of our talent ID programs was a strength and conditioning coach, we had a brand and marketing mentor that was coming in and we also had support in a role around business."

"New Zealand were coming on board in some different areas where we could support some women coaching and leadership roles, a support development roles around para athletes...and also some facility management support because we know that Honiara/Solomon Islands has never had this sort of infrastructure before," he said. 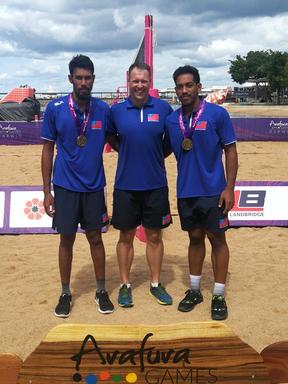 Alsop said Japan had also indicated its willingness to support Solomon Islands through volunteers and already has people working in areas such as physical education teaching.

"That's quite supportive work of what we're doing because holistically what we're trying to look at doing is building a sustainable sport system, not just a short-term program that gets medal results for 2023."

"We're trying to look at how do we build knowledge and capacity in the system as a whole leading into 2023 so that the local staff can sustain that for the next 10-20 years."

A volleyball coach and sports consultant who has lived and worked in the Pacific for close to a decade, Alsop said sport transcends barriers in a way other industries simply can't do.

"Sport is a language in our region and it's something we can have in common with each other. Australia and New Zealand are known worldwide for their credentials in sport, and it's such an opportunity from a diplomatic relationship as well to be able to learn about each others cultures, each others countries and we do it through sport.

"It's something quite unique that has started to expand into other areas around health education and sport tourism." 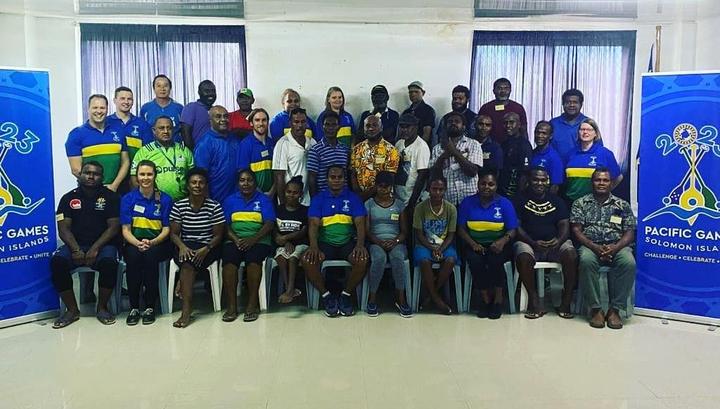 Chief Executive Stephen Goodman said they made a decision in mid-March to bring their volunteers home, with the whole process taking about six weeks to complete.

"Out of concern for their health and safety. Also we didn't want to have people in country that could become a burden on limited systems or infrastructure within those places."

"But equally importantly for us it was the border closures and what we knew would be quite strict travel restrictions, and so we made the decision it was better to bring those people home earlier rather than find that they were stranded out in those countries." 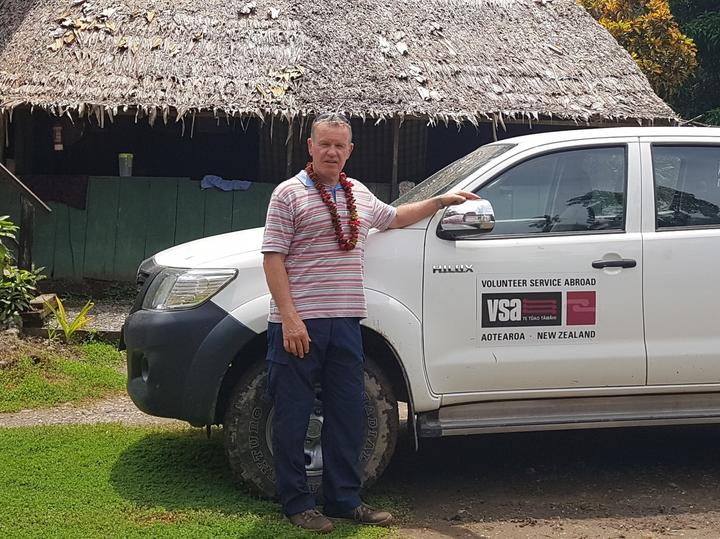 Stephen Goodman said some of their volunteers are able to continue their work online from back in New Zealand but for others it's a case of waiting until border restrictions are eased."

"At this point we don't really know when that will be. The expectation is that border closures and travel restrictions will be in place for a number of months yet and potentially for the remainder of this year."

"So, on that basis, we're really just working on keeping engagement with those partner organisations, supporting them how we can with the intention that when the situation allows it we will be able to send volunteers back into country."

"We are committed to go back to those programmes as soon as we have an opportunity - we just don't know when. So what we're doing is building up what we call our talent pool and this is where we're actually still recruiting."

"We're still trying to connect potential volunteers and current ones who would like to go back and sort of maintain a pool and to position ourselves ready so that when we do get the opportunity to go back we can reactivate and send them back very quickly," Goodman said. 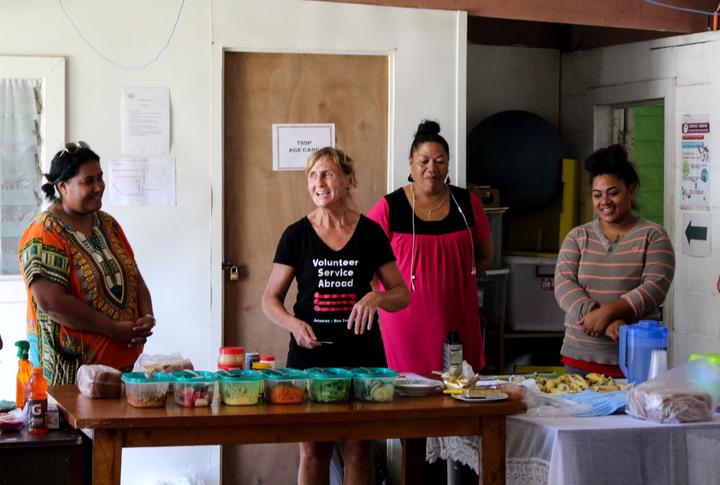