Fiji lawyer Ana Tuiketei Bolabiu has become the first Pacific counsel on a global roster working for the International Criminal Court (ICC) in the Hague. 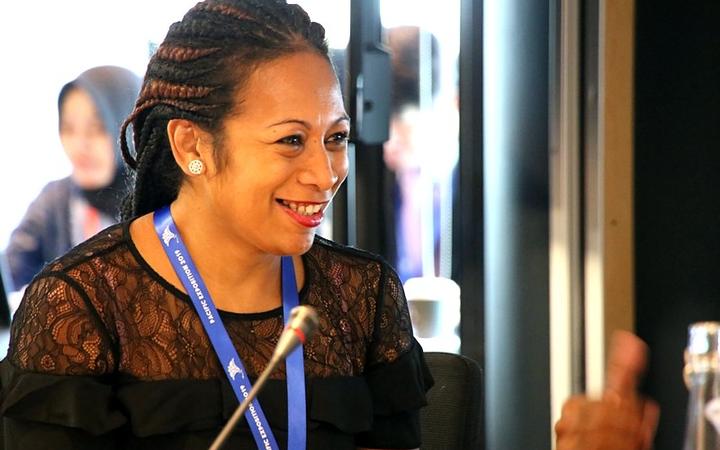 Her admission to a cadre of more than 800 senior legal practitioners from all corners of the globe was confirmed last week, and her profile and biographical details will be added to the ICC online database this month.

Ms Bolabiu, a Suva based former prosecutor, accepted an offer to be an addition to the ICC list of duty counsels.

"I was excited," she said Bolabiu of the news of her admission. "I just thought 'what a boost for the Pacific. What a boost for women lawyers, and yes, because I'm a product of the University of the South Pacific."

Ms Bolabiu looked through the list of counsel online.

"There's lawyers on that list from all over the world, from Australia and New Zealand, but it's quite interesting that almost two decades later, a lawyer from the developing Pacific is now listed."

The former USP student said the historic milestone wasn't something she thought about going into the application process. She gave the application process a try, and found a working history covering lots of diversity, including internships with the SPC's Regional Rights Resource Team, training and networking, as well as becoming Fiji's youngest lawyer working the Supreme Court.

Ms Bolabiu also brought a world of experience on top of management roles in the Office of the Prosecutor and her own legal consulting business.

But why a 20 year wait for the Pacific on the ICC Counsel list?

"Maybe it's about being so far away. It's not the first thing to click in any law student or legal worker's mind."

Ms Bolabiu said she was keen to see more Pacific lawyers put their hands up to serve at the Hague.

She said given the sign off from Pacific nations in the founding papers of the International Criminal Court system, it was an open doorway to Pacific ownership of a global court, "and I'm able to be a part of it now. I only wish that others had gone before me, that we had been here earlier- but it's not too late! I'm just the first, there are many more to come!"

The cloud of Covid-19 disruption had suspended on site hearings at the Hague but the ICC courtrooms were not called the court of last resort for nothing. 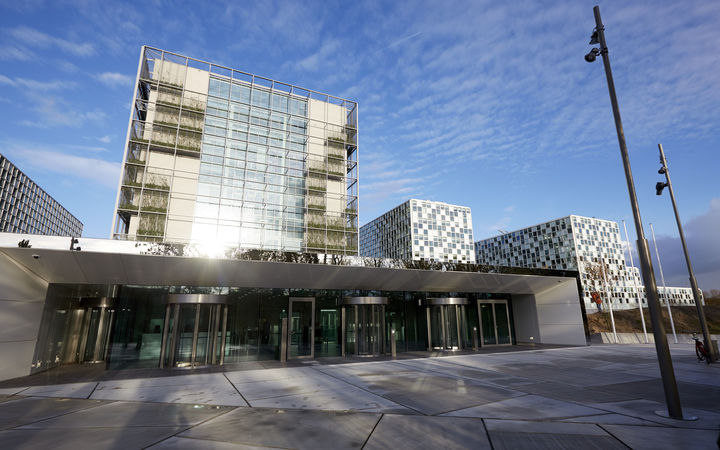 The International Criminal Court in The Hague, The Netherlands. Photo: AFP

The ICC process kicks in where national justice systems cannot deliver. As duty counsel, Ms Bolabiu can receive a call at short notice from a time zone 10 hours behind Suva.

Once allocated a case, her working days could involve either the defence or prosecution of those accused of some of the most inhumane acts against humanity, crimes of war, genocide, aggression.

Beyond the support of her family, friends and colleagues in Fiji, Ana Bolabiu was confident she was treading - albeit 20 years later - a path mandated by a handful of Forum Leaders.

Between Fiji in 1999 and Kiribati becoming the 123rd signatory in 2019, the Marshall Islands, Nauru, Samoa, Cook Islands and Vanuatu are all states parties to the ICC. New Zealand and Australia signed in 1998.

There had only been one ICC judge from the Pacific. Samoa's Tuiloma Neroni Slade served from 2003 -2006 and Fiji's Jai Ram Reddy presided over the ICC Tribunal on Rwanda. Fiji's Ambassador to the UN in Geneva, Nazhat Shameem Khan, was part of a special advisory body to the ICC on gender and violence, leading training for prosecutors and court officials in recent years.

But women made up less than a third of the 18 judges on the ICC, and Tuiloma Slade remained the only Pacific Judge to have served at that level.

"For me, as a list counsel and duty counsel of the ICC, being part of this system represents what our Pacific leaders really signed up for within the body of the 123 member nations of the ICC," reflected Ms Bolabiu.

"They signed up for increased access to justice, the path to global peace, and being part of a symbol of global hope. Having a court system that's independent and even sets justice standards - global court that protects the powerless, and the victims."