More than 300 families in the Bana area of South Bougainville are in need of food aid after flooding. 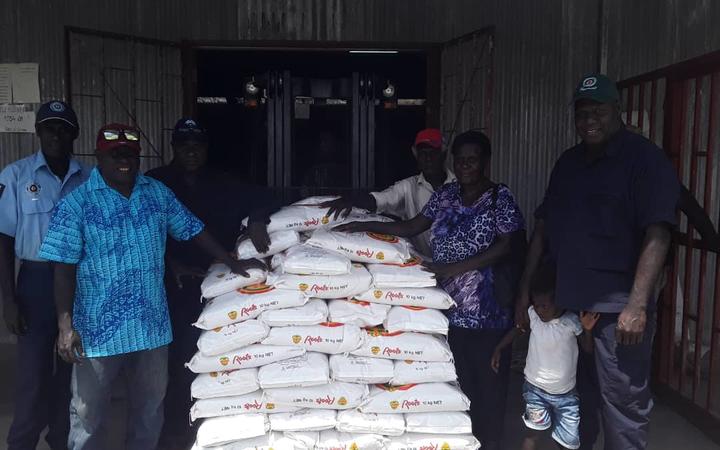 Rice and other supplies sent out to flood victims in South Bougainville Photo: New Dawn FM

The Papua New Guinea MP for South Bougainville, Communications Minister Tim Masiu, said most of the families had their gardens near the banks of the three rivers in the area.

He said extensive flooding down the river system two weeks ago, took out their gardens.

New Dawn FM reported the MP's South Bougainville office had sent out rice and noodles when the flooding happened but a spokesman said disaster officials in Buka needed to step in and assist.