The Cook Islands Deputy Prime Minister has announced a $US46.5 million stimulus package to keep the economy afloat in the coming year. 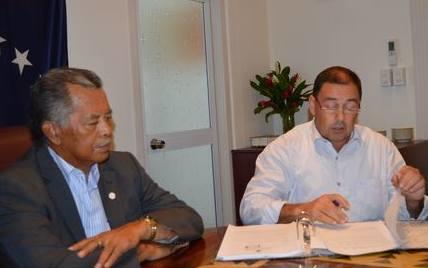 Mark Brown said the second government injection would take the country through from July until June 2021.

Mr Brown, who is also the Finance Minister, warned the country to brace "for a lengthy period of low economic activity" and a slow return to previous levels of growth.

He said the new stimulus would augment the current $US4 million package which focused on workforce motivation and productivity.

The minister said 'Phase II' would identify which measures were working from 'Phase I' that should continue while also identifying gaps in coverage.

Half of the current stimulus goes to wage subsidies for 49 percent of the private sector workforce.

Mr Brown said ministerial planning for 'Phase II' would be supplemented by a virtual thinktank of both national and international economists to balance the needs of businesses, individuals and government finances.

Mr Brown stated government expenditure would focus on core services and there would be no contraction of payroll in order to achieve this.

However, he said any new government programmes would now go on hold to conserve finances. He gave the example of the vehicle renewal programme.

"For now, we will only replace broken-down vehicles that are necessary for government to deliver services to the community," Mr Brown said.

"If it works, we will keep on using it, and for as long as we need to."