First mooted five years ago, the Moana Mahu has this month been legally established by the Niue parliament.

The reserve will include a special management space area around the partially submerged Beveridge Reef .

This area would be known as the "Beveridge Reef Nukutulueatama Special Management Area" and was considered to have particular importance for its biodiversity.

The size of the zone, relative to the country's total area, makes it the second largest reserve in the world, after Palau, and Niue was now calling on other countries to follow suit. 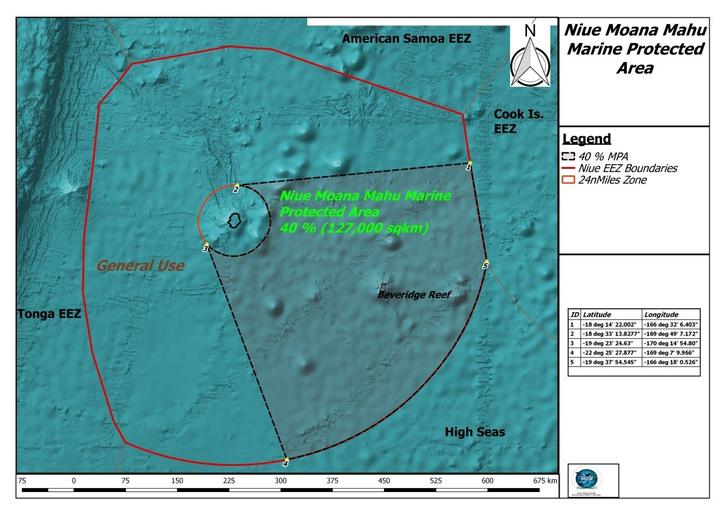